After HBO Max pulled cinematic classic Gone With the Wind from its lineup so that the service could prepare historical context to be included with the film, Queen Latifah said that she wouldn't mind if the movie stayed in the vault. Latifah played actor Hattie McDaniel in Ryan Murphy's Netflix series Hollywood, which gives her a little bit of insight into the film's position in the pantheon of cinema.

"Let Gone With the Wind be gone with the wind," she told the Associated Press in a new interview.

How Much of Ryan Murphy's Hollywood Is Based in Truth?

McDaniel was the first African American woman to win an Academy Award and many critics pointed that out when the movie was removed from HBO Max. Latifah had an answer for that, saying that although Gone With the Wind does have the distinction of being connected to McDaniel and her award, she didn't get to accept her Oscar on her terms. The situation was dramatized in Hollywood.

"They didn't even let her in the theater until right before she got that award. Someone came outside and brought her into the auditorium. She wasn't even allowed to sit in there," Latifah said. "And then she had to read a speech that was written by a studio. You know that's not what the hell she wanted to say."

Queen Latifah on Confidence, Reinvention, and Who She Considers Pop Culture Royalty

Even after the glitz of the award, Latifah said that McDaniel didn't earn the respect of her peers. Although she had an Academy Award to her name she was still relegated to playing supporting characters and struggled to find anything outside of roles similar to Gone With the Wind's Mammy. Latifah finished by saying that in today's climate, there's still a lot of that struggle for Black actors.

"Then, after that, all she could do was play the same kinds of roles [...] So the opportunities at that time and the way that those in power in that business were relegating us and marginalizing us and not allowing us to grow and thrive after that was just terrible. And a lot of that is still around today," she finished. 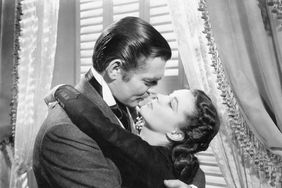