The actress tells InStyle why jewelry is so meaningful to her, as well as all the things she admires about this iconic brand.

Priyanka Chopra Jonas is having quite the busy summer. At this point, you've most likely heard about her new (and highly anticipated) spy thriller series for Amazon Prime, Citadel, which she's been filming in London. In addition to her many acting roles currently in development, she's also taken on a coveted new fashion project.

Joining a very elite group of iconic women — including Zendaya, Lily Aldridge, and Rosie Huntington Whitley — Chopra Jonas has just signed on as the newest global brand ambassador for the Roman high jewelry house of Bulgari. It's a fashion partnership that no doubt makes sense; according a press release, the actor, film producer, activist and New York Times Best Selling Author is someone that the brand has long admired.

"I'm beyond excited that Priyanka is joining our family," says Bvlgari's chief executive officer, Jean-Christophe Babin. "With her beauty, talent and humanitarian commitment, she is an inspiring role model for millions of woman in the world. I'm sure that together we will develop exciting projects, with a significant social impact. We already partnered in the past on another famous luxury brand, and know each other very well."

The brand he is referring to is watchmaker Tag Heuer, which Chopra Jonas partnered with back in 2007.

Becoming Bvlgari's newest ambassador isn't even Chopra Jonas' first big fashion announcement of the summer. In June, she was also announced as a face for Victoria's Secret's new VS Collective. Both of these announcements are centered around the themes of women empowerment, diversity, and inclusion, qualities that the actress has stood for throughout her career.

One thing you may not know is that Chopra Jonas is also a longtime jewelry lover and collector in her own right.

"Jewelry is magical and a person's jewelry box is the heart of any wardrobe…filled with many memories and milestones," she tells InStyle via exclusive quote. "Mine is filled with so much joy, and I recognize the important role that jewelry plays in every person's life."

Some of Chopra Jonas' most cherished moments growing up revolved around jewelry.

"I vividly remember my first solitaire diamond ring, which I received from my dad. I still wear it today, and when I do, I'm reminded of the pride in his smile when I first opened the box and put it on."

This prestigious partnership with Bvlgari is clearly something that Chopra Jonas doesn't take lightly, especially due to the ties back her native country of India and how the company gives back.

"I have always admired and been fascinated by Bvlgari's magnificent works of arts, so many of which celebrate some of the most precious resources of my homeland," Chopra Jonas shares. "From the rare colorful gemstones used in Bvlgari's timeless jewelry creations, to the scented flowers which become the main ingredients of its luxurious fragrances, we connect so organically over our love for India and the beauty it has to offer. At the same time, I endeavor to align myself with brands that recognize their immense social responsibility. Bvlgari has made great impact in their efforts to support children in need around the world, and I look forward to working together to continue that work ."

Bvlgari has also made continuous efforts to lead a more sustainable and thoughtful footprint in the world. In 2020 the company partnered with leading perfume company Firmenich on a sustainable flower farming project called "Flower Gems of India." The goal? To create a new jasmine farming model involving 100 family-owned farms in Tamil Nadu, offering local communities an alternative approach to jasmine production to increase their profits and enhance the quality of their flowers.

Whether it's creating meaningful art, giving back, and, overall, making the world's a better, more beautiful place, clearly Chopra Jonas and Bvlgari have a lot in common. We couldn't imagine a better marriage between two powerhouses. 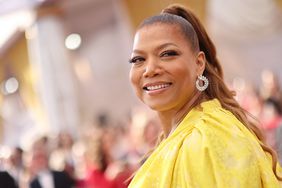