There's plenty of things Priyanka Chopra adores—fashion, a good berry lip, hamburgers—but there's one thing InStyle's August cover girl most definitely is not a fan of: the term "Bollywood."

"I don't like the word, because we're not a miniature Hollywood," she says inside the issue, on newsstands July 8. "We are the Indian film industry, one of the most prolific producers in the world...It's a ginormous business."

While she doesn't know where the word came from, she only sees it as a stereotype, and her passion in setting the record straight is clear: "We are artists, people who know our jobs," she says. "You can put me in front of a camera anywhere in the world and I'll hit my mark and say my lines and give the director what he wants." As if one needed proof, she continues, "I can break out into song and dance as well. I'm kick-ass at that too. That makes me a triple threat, not a stereotype."

Consider the word forever banished from our vocabulary.

For more from Chopra, including the details of her romantic life, pick up the August issue of InStyle, available on newsstands and for digital download July 8. 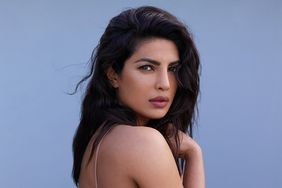