Prince William Was Caught Saying the Sweetest Goodbye to the Queen

Not an honorific in sight.

The holidays are looking a little different this year for everyone — including the royal family.

Much of the extended clan gathered outside Windsor Castle on Tuesday for a socially distanced tribute to volunteers and workers helping the Windsor community.

Prince William and Kate Middleton, fresh off their contentious Royal Train Tour, greeted Queen Elizabeth (from a distance) near the doors of the palace.

The Duchess of Cambridge wore a long forest green coat with a black fur trim for the occasion, teaming the wintery piece with a pair of tall black boots, her bouncy brunette curls tied in a half-back style. At her side, the Duke of Cambridge wore a muted navy coat and a matching scarf with red stripes. The queen took a bolder approach, attending the event in a bright red coat and matching hat.

According to People, William was heard calling out to his grandmother as she turned to go inside the castle after the event had concluded. “Bye, Gran,” he said — which is certainly more endearing than “I bid you adieu, your majesty.”

The Queen and the Cambridges were joined by Prince Charles and Camilla, Duchess of Cornwall, Prince Edward and Sophie, Countess of Wessex, and Princess Anne. 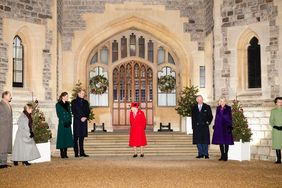 The Queen Has Made an Exclusive "Firm of Eight" Senior Royals 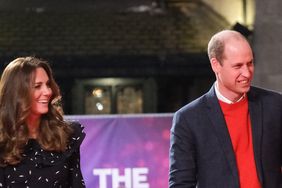 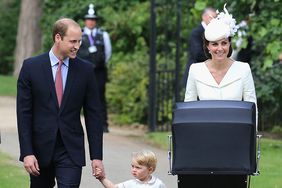