The Duke of Sussex is calling it what it is.

Prince Harry is calling out the sexist media coverage of his and Meghan Markle's exit from royal life.

Per Vanity Fair, the Duke of Sussex spoke during a Wired panel about combating internet misinformation, and discussed the term "Megxit," which referred to the couple's decision to step back as senior members of the royal family.

"Maybe people know this and maybe they don't, but the term Megxit was or is a misogynistic term, and it was created by a troll, amplified by royal correspondents, and it grew and grew and grew into mainstream media. But it began with a troll," he said.

Prince Harry also spoke about a recent Bot Sentinel study, first reported by BuzzFeed, that suggested there was a concentrated "campaign of hate" against Meghan.

"More than 70 percent of the hate speech about my wife was driven by fewer than 50 accounts, and perhaps the most disturbing part of this was the number of British journalists who were interacting with them and amplifying the lies," he said. "But they regurgitate these lies as truth."

The Bot Sentinel study found that 83 accounts on Twitter were responsible for approximately 70% of the negative and often hateful content against the Sussexes, with 55 "primary accounts" responsible for the vast majority of original negative content. Another 28 users were identified as "secondary accounts" that primarily amplified the tweets of the first group. 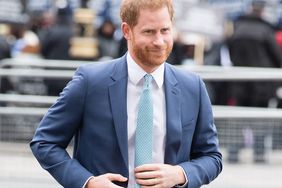 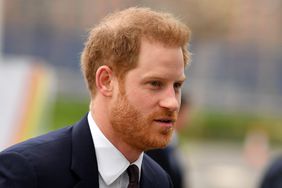