There have been some problematic King Charleses in the past.

While the world waits to see what the British royal family has planned for Queen Elizabeth's Platinum Jubilee this June, people are already thinking about what will happen when Prince Charles ascends the throne to become the king of England. When his mother was coronated in 1952, people asked her what her regnal name would be and she boldly said, "My own, of course." Well, according to the Mirror, Charles might not go that route.

Monarchs have the opportunity to take a regnal name, which is why there are so many King Jameses and Georges in our history books. Prince Charles cites history as one major reason that he won't be King Charles III, saying that the "negative connotations" associated with King Charles I and King Charles II are making him consider King George VII.

"While you might assume that he will one day become King Charles, there is a chance that he would end up being called a different name entirely," the Mirror wrote.

"Normally, royal children have two or three names," former royal butler Grant Harrold told Studio 10 in 2005. "The reason is, if possibly that child was to become a king or queen, they have to have a kind of pool to choose from. For example, Prince Charles, if and when he becomes king, would be — people assume he would be Charles III. But he could technically be George VII because George is in his name."

Charles I took the throne in 1625. During his reign, he dismissed the British Parliament for over a decade in a period called the "11 years' tyranny." He was later beheaded for treason on January 30, 1649. Charles II was called "the Merry Monarch," but he also had 14 illegitimate children, which may not be something the royal family wants to be brought up every time a new King Charles makes headlines. Some royal historians believe that Prince Charles may opt for the name anyway, just to keep up with tradition, but nobody will know for sure until he takes the throne. 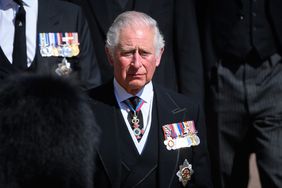 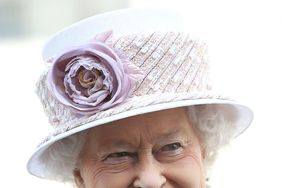