Pete Davidson and Machine Gun Kelly are giving the people what they want. On Monday night, the two tattooed heartthrobs surprised their fans with an NSFW Instagram live, in which they stripped down to their "undies," seemingly as a part of some kind of collaboration with designer Calvin Klein.

MGK was quick to remind his comedian friend that he's also known for something in particular (not just his recent viral relationship with Kim Kardashian). "Pete Davidson also has a simile to that," said Kelly, "It's called BDE." In case you missed it, the acronym was created during the Pete and Ariana Grande engagement era and stands for "Big Dick Energy."

Pete responded to the musician saying, "It's insanely embarrassing, but yes, it is true."

At one point the two friends decided to forgo their pants after Davidson asked Kelly, "Should we do it together?" The duo then ditched their pants revealing their white Calvin Klein boxer briefs before striking some poses and pretending to seductively eat popcorn. Pete joked, "Sure, you can have a Calvin Klein ad."

This is my petition to get Pete to permanently join IG. 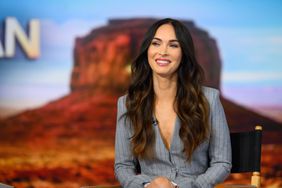