It's a full circle moment.

Paris Hilton just took a trip down memory lane, and looked back at one of the most iconic photos in pop culture history: A paparazzi shot of Paris, Britney Spears, and a brunette Lindsay Lohan crammed inside the front of Hilton's car during a night out together back in 2006.

The snap was taken outside the Beverly Hills Hotel, and at the time, Paris and Lindsay's friendship was on shaky ground. Reminiscing on the historic image 15 years later, Paris fully appreciates the legendary moment. "I can't believe it's been 15 years since this #iconic photo was snapped, and we were dubbed the #HolyTrinity of the 2000's," she wrote on Instagram. "So much has happened since that night." On her podcast This is Paris, the DJ congratulated Lindsay on her recent engagement to Bader Shammas and addressed the termination of Britney's conservatorship.

"I saw Lindsay got engaged, and I know that we've had our differences in the past, but I just wanted to say congratulations to her," she said. "I am genuinely very happy for her, and it just makes me so happy to see." Paris added, "Fifteen years later, and so much has happened in the past two weeks. I got married, Britney got her freedom back and engaged. Lindsay just got engaged. I love seeing how different our lives are now, and how much we've grown up."

Paris also reflected on the drama that was going on behind the scenes between her and Lindsay when the infamous photo was taken. "In the 2000s, that's what it was all about. They loved pitting women against each other. That was their thing," the heiress explained of the media's involvement. "Every single tabloid cover would say, 'So and so hates this person,' 'Feud,' just causing more drama than there even was."

But Paris isn't holding onto any grudges from the past. "Things have happened but I'm an adult now," she said. "I just realize that a lot of that was just being immature. Yes, there have been people that have hurt me, but I feel like now that I'm married and grown up and starting this next phase in my life, I don't want to have any of that negative energy." Now, she's looking forward to the next 15 years. 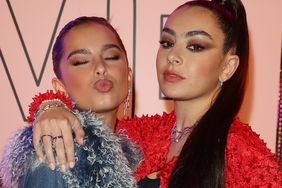 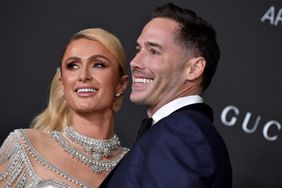