A tip of the hat to Sienna Miller who dressed up an outfit of basics with a tall topper. The British actress-who was attending a launch of her Twenty8Twelve label in Toronto-may have been channeling Oliver Twist. "We really homed in on Dickensian London," she told WWD of the inspiration behind her first collection.

Leave it to Victoria Beckham to bring fashion to the ballpark. The Spice Girl threw the ceremonial opening pitch at Dodgers Stadium in L.A. wearing some serious wedge sneakers from Dries van Noten. Dodgers executive, Tommy Lasorda, was a bit more focused on another part of her outfit. "You're a beautiful lady," the L.A. Times reported him saying to Beckham, "but you're even more beautiful wearing that Dodgers jacket."

complemented a draped Donna Karan gown with a show-stopping bronze and pearl necklace by designer Stephen Dweck. When asked by the New York Post if she would be able to take the necklace home the star replied, "Probably not." Too bad-closer examination would have revealed the bronze beetle (named Adam) that Dweck incorporates into all his designs.

Petite Mary-Kate Olsen added inches to her height at the CFDA-sponsored Seventh on Sale gala in bright neon Giambattista Valli platforms. "I love how you can totally change your look by changing your shoes," Olsen told New York magazine. "Or maybe you don't look different…but I feel different, anyway." Perhaps she was feeling Posh? The towering heels are called the Victoria, after footwear icon-and friend of Valli-Victoria Beckham.

The Louis Vuitton Tribute handbag not only has an unforgettable look, it also has an unforgettable price. Beyonce was one of five customers who plunked down $52,500 for the design, which is a patchwork of 14 of the line's most covetable handbags. Truly, this is one bag that is "Irreplaceable."

At this year's Costume Institute gala, a beaming Kirsten Dunst topped her YSL gown with a '20s-inspired circlet. The edgy headpiece was a flashback to the flapper looks she wore to play a silent film star in 2001's The Cat's Meow.

During a trip to N.Y.C., expectant star Nicole Richie dressed up her maternity looks with daring shades from Chanel. The half-tinted sunnies have also been donned by Mary-Kate and Ashley Olsen.

Worldwide jetsetter Cameron Diaz carried on in style with a bright yellow Marni Balloon bag. A special edition of the varnished leather bag really lives up to the style's name-it's made of rubber!

Who's that girl? At this year's Costume Institute gala, Rihanna channeled the Material Girl by pairing a Georges Chakra gown with black fishnet gloves. It's no wonder the "Umbrella" chanteuse told Paper, "I just find myself leaning toward stuff that only Madonna can pull off." 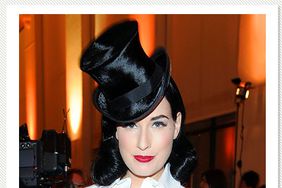 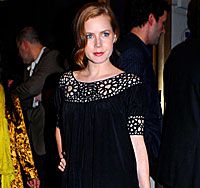 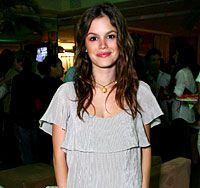 How to: Shop for Vintage Clothes and Accessories 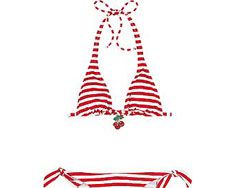 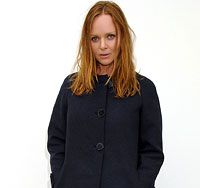