Kidman got “really sick” in the middle of filming the HBO show.

Stepping into Grace Fraser's flawless coats wasn't always an easy time for Nicole Kidman — and not just because of the divided reactions to that finale.

During an episode of WTF With Marc Maron, Kidman said that filming intense scenes for her roles The Undoing and Big Little Lies often took an emotional and even physical toll on her.

"Even on The Undoing it kind of happened where I just like suddenly was in this place of... There was sort of a disquietness to my personality, where I was uneasy and there was duress on who I was," she recalled.

During filming for The Undoing, Kidman says she got "really sick": "I went down for a week, because your immune system it doesn't know the difference between acting and truth when you're doing them."

"I haven't learned to clean that out. It doesn't really work for me," she continued. "I go home and I don't sleep well, and I'm not well. … It's that disturbing for me."

Yes, That's Nicole Kidman Singing in the Opening Theme of Her Latest Show

As of now, there are no official plans for a second season of the show.

Producer David E Kelley told TVLine: "I think we're satisfied. We're happy with the way it ended. I said there wouldn't be [a second season of] Big Little Lies, so I won't say that now. I learned my lesson. But that is not our intent." 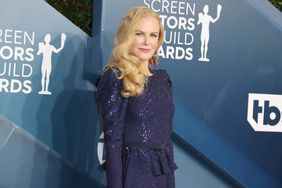