"He doesn't know much about what I'm really doing."

As one of Hollywood's sweetest and most-adored couples, it's no surprise that Keith Urban is always supportive of his wife Nicole Kidman. And that means supporting her through the good, the bad ... and the awkward.

On E! News Daily Pop, Kidman opened up about how the musician and her husband of 15 years, really feels about her sex scenes. "My husband is an artist, so he understands all of it, and he also does not get involved," she shared.

"He sees the show at the very end when it's a show, all edited together, and he's fresh eyes," she continued. "He doesn't read any script, he really doesn't know what's going on on the set, he's got his own career that he's completely absorbed in," Kidman said before adding with a laugh, "He doesn't know much about what I'm really doing."

His level of understanding is quite admirable but we wouldn't expect anything less of the adorable couple. The pair tied the knot in 2006, and after having two daughters, Sunday Rose and Faith Margaret, and many iconic red carpet moments, the couple is still going strong.

Kidman is currently filming the upcoming Apple TV+ series Roar. She shared a picture from set in which she is unrecognizable with a short pixie cut — but not to worry because the new 'do is actually a wig, and the actress's signature long curls are still intact. 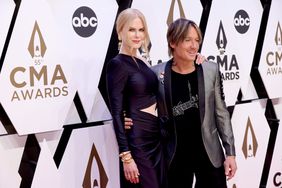 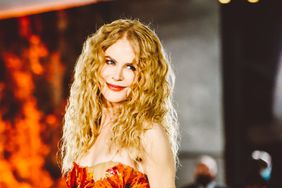