Viewers celebrated her Glee songs and shared what each one meant to them.

Best known for her work on Glee as Santana Lopez, Naya Rivera's talent and individuality struck a chord with audiences, who were drawn to both her singing and her character's growth. Lopez started out as a villain but developed a relationship with fellow cheerleader Brittany Pierce and stood toe-to-toe with the show's lead, Rachel Berry. Fans paid tribute to both Lopez and Rivera today as news came out of Ventura, California, with officials stating that her body had been found after a presumed drowning in Lake Piru.

Many came forward to showcase Rivera's talent. On a show that featured so much singing and dancing, she stood out with bold performances and songs that showed off her vocal skills.

Fans also noted that no matter what, Rivera seemed to be having a great time, infusing her performances with fun and exuberance, even though recent news has revealed that the situation behind the scenes at Glee wasn't always so rosy.

Other fans shared their connection with Rivera's portrayal of Lopez, who would become a symbol of LGBTQ+ visibility on primetime television. It was something that Rivera had mentioned in the past, saying that she knew that the character was important and special to so many viewers.

"I never thought that it would be that serious to some people, and it is," Rivera said of Santana and Brittany's relationship. "And a lot of people have said that [it] gave them courage to come out to their parents and their friends and their loved ones."

Rivera would go on to say that fans embracing the two were part of why the show featured them so prominently. In an interview with Vanity Fair, Rivera said that the show's creators never intended for Brittney and Santana to become a central part of Glee.

"I think it was because the writers and Ryan [Murphy] were getting such a strong craving from the fans — from the Brittany and Santana fans — for them to be together," she said in 2011. "And we sort of took it lightly at first. But then we thought it was something people really wanted us to do, that it was something we should tackle. And so one day, [head writer] Brad Falchuk came up to me and said, 'We've decided that we're going to explore this story line,' and I was totally for it, and knew people would appreciate it." 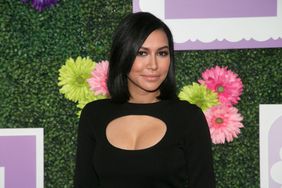 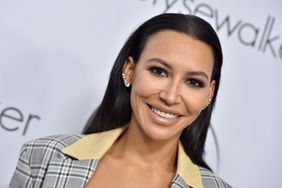