Garden State might be the nickname for New Jersey and the title of the cult-favorite 2004 film starring Natalie Portman, but it also appropriately describes the Miss Dior Millefiori Garden Pop-Up & Café Dior opened on Melrose Avenue in Los Angeles in honor of its Miss Dior Eau de Parfum scent.

The aromatic flower-filled space is the perfect setting to catch up with Portman in honor of Miss Dior, a soft, warm, rose-centric reincarnation of Dior's first-ever fragrance, which launched over 70 years ago.

Surrounded by colorful blooms on the rooftop of the pop-up ahead of Dior's VIP opening party, Portman tells me her favorite way to wear Miss Dior doesn't involve spraying it on her wrists.

"My mom taught me how to spray it [perfume] in the air and then walk through it," Portman says. "I remember her teaching me that as a kid, probably after I overdosed myself with her perfume. I still do that when I wear it."

Application is important, but fragrance itself can be transformative. The actress shares which scents bring her comfort, one of the key emotions Miss Dior evokes in whoever wears it.

"As a kid, I was in a lot of orange and citrus groves in Israel when we would visit family. I feel like orange and citrus is very much in my scent memory," Portman says of the fragrance notes that have stuck with her through the years. "Then, when I was filming Star Wars in Tunisia as a teenager, there would be kids at the market with handfuls of jasmine. They'd come up to you with it. They'd just open their hands, and so I think that's a very strong scent memory as well. It just takes me immediately back to that time and place."

Fragrance can also be uplifting during tough times, like the past few years in which the entire world collectively experienced during the pandemic. "I think re-embracing beauty, joy, and nature is really how Miss Dior started right after World War II as Christian Dior's response to the horrors of war and being like, what is the essence of life?" Portman says. "But also, finding beauty and joy and indulging the senses. I feel like for myself, finding community and re-finding my social life has helped me stay uplifted."

Aside from scent, makeup can also be a mood-booster. Portman shares she still wore lipstick, specifically a red shade, while the world was on lockdown.

"I was wearing lipstick a lot at home — which I've never done before — just to cheer myself up and feel more focused," Portman says. "I'd do a lot of red because it made me feel pulled together and gave me a kind of energy. It's funny, I never would've thought that that would do it for me, but it really did. It's like a character that's like, oh, I am strong and bold and gutsy."

VIDEO: Here's How to Apply Perfume For a Lasting Scent

Speaking of characters, the actress, avid reader, and best-selling author looks to one literary character for beauty inspiration: Anna Karenina.

"I always think of Anna in Anna Karenina, who is such a tragic figure. I wouldn't say that is inspiration for life, but of beauty," Portman explains. "The way she's described in it is such a goal; that dark hair, her red lips, and lavish clothing. I always think of her as an image of the epitome of beauty, so I would say that for beauty inspiration."

And with Portman's chestnut brunette hair pulled up into a twist accented with a sparkly tiara and black lace Dior top and skirt from the brand's fall 2022 collection, it's easy to see the influence. 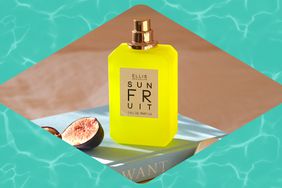 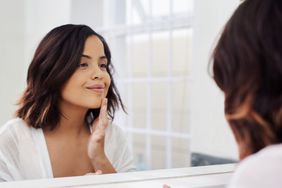 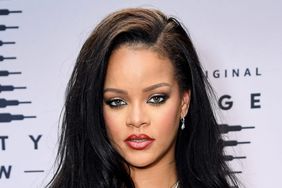 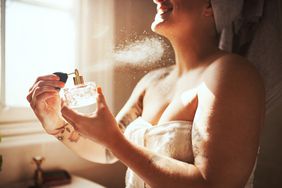