These courageous workers are fighting for respect across all industries.

At the height of the Harvey Weinstein scandal, Mónica Ramírez, then president of Alianza Nacional de Campesinas (National Farmworkers Women’s Alliance), penned the now-famous Dear Sisters letter comparing the abuses of power experienced by female farmworkers to that of women who work in the entertainment industry. The missive helped ignite the Time’s Up movement and expanded its focus to include women outside the confines of Hollywood. For this shoot, Ramírez (photographed in a Phenomenal Woman Action Campaign shirt, a nod to the group’s work with organizations like Girls Who Code that's available here for $35), chose five L.A.-based workers from low-paying industries to spotlight their vigor, voice, and pride in their positions. “All workers, no matter where they work or what they earn, deserve to be treated well,” says Ramírez. “I want to highlight the contributions of everyday women who make the world turn.”

How Olivia Munn Learned to Invest Like a Boss

Martha Sellers: As an Organization United for Respect (OUR) member, the retail employee advocates for better health care, reasonable hours, and more kindness in her industry. “A badass woman is assertive without being rude,” she says. “Your job is what you make it, so you have to improve it.”

Rina Chavarria: Through the United Food and Commercial Workers (UFCW) labor union, she negotiates for better hours and living wages. “I have a voice. I’m comfortable speaking out,” says Chavarria, who is proud of her physically demanding work at a meatpacking facility. “I want to teach my kids to dream big and fight for those dreams.”*

Marcaria Santos: After she was sexually harassed on the job, Santos, a housekeeper, joined the Unite Here labor union to push for mandatory panic buttons in hotels. “I love being a housekeeper. You meet people from all over the world,” she says. “But I want to be valued, I want to feel safe at work, and I want to empower other women.”*

Elodia Salvador: The farmworker, who knows the vegetables she harvests feed thousands, joined Líderes Campesinas to learn more about her rights. “I love giving myself the opportunity to learn and share that [knowledge] with my co-workers so they know about their rights too.”*

Aleja Plaza: The caretaker lobbies for common benefits like sick leave through the National Domestic Workers Alliance. “My job makes all other jobs possible,” she says. “You cannot be at peace if someone is not taking care of the person you love who needs it.” 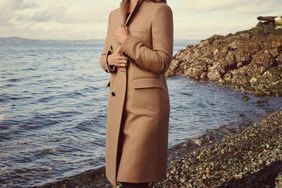 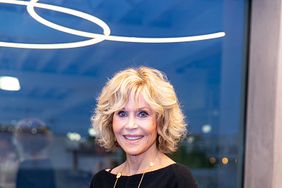