She opened two of Brooklyn's busiest restaurants in two years, all while battling cancer. Here is Missy Robbins' story.

Right around the time chef Missy Robbins might have updated her bio to include restaurateur, she could’ve also added cancer fighter to it too. That’s how cancer is: fierce, fast, and pretty much always unexpected, often arriving at the most inopportune time. But for Robbins, who was in the midst of building a pair of dream restaurants of her own, she took on the cancer fight like anything else — by keeping her head down and her eye on the finish line.

Growing up outside of New Haven, Connecticut Robbins says food was a huge part of her family’s world, but a career in the kitchen hadn't crossed her mind. “I never necessarily thought I’d be a chef,” she says in her InStyle Badass Women video, above. “I just thought I’d get into the restaurant business somehow — very late in life.”

Indeed, years later, when Robbins was a student at Georgetown University in the early ‘90s, she began planting the seeds for a culinary career. Inspired by a childhood girlfriend who was cooking at a Chicago hotspot, Robbins began knocking on doors.

“I started in the kitchen at 22-years-old with zero experience,” Robbins says. “[But] when I saw my friend cooking at this very famous restaurant in Chicago, I got really inspired by her and said, ‘I’m gonna give it a shot.’ At the time, [being a chef] wasn’t this renowned profession.”

Even though being a chef wasn't the cool career it is now, it was still wildly competitive (not to mention a boys' club), and with zero experience, getting in the door wasn’t easy. A part-time restaurant job lead to culinary school which lead to externships and apprenticeships where she worked under top chefs at renowned New York City restaurants like March, Arcadia, and The Lobster Club, where Robbins would serve as sous chef. Soon, the kitchens of Northern Italy beckoned, and Robbins moved abroad to study and learn.

“I would go from restaurant to restaurant and spend a month at each; I fell in love with regional Italian cooking,” she says. Robbins stockpiled knowledge of Italian products, techniques, and the focus on quality ingredients, and six months later, she returned to Manhattan, where she worked as sous chef and later as chef de cuisine at the Soho Grand Hotel.

In 2003, Robbins moved to Chicago, where, as Executive Chef of Spiaggia, the restaurant was nominated by The James Beard Foundation for Outstanding Restaurant nationally twice and for Outstanding Service in 2008. Robbins would move on to serve as Executive Chef of A Voce restaurants, where she stayed until 2013, earning a Michelin star at each location in Manhattan, and was named a Food & Wine Best New Chef during her tenure.

“I’ve had a great amount of success in this business and it’s been a really long road,” Robbins says of her career focus. “It’s not about awards or stars and accolades — it’s about making people happy. I was doing what I wanted to do and I was happy doing it. When you can do that, things can go your way.”

Robbins was ready to go out on her own: she dove into research (and travel) to build the restaurant she always wanted with her business partner, Sean Feeney.

“For me, the idea of success was always having my own place,” Robbins says, adding that location was key. “The dream was to open in Manhattan.” But once a unique space Brooklyn became available, she had to reconsider locale. (Of Brooklyn, Robbins says: “I thought, what’s the worst thing that could happen? It was an incredible decision that has made me a more open-minded person.”)

In early 2016, Robbins and Feeney opened Lilia in a former auto-body shop in North Williamsburg.

Seemingly instantly, Lilia’s tables were packed (they still are) and reservations were hard to come by — making them that much more covetable. New York Times dining critic Pete Wells awarded Lilia three stars and acutely observed that pasta made by Robbins is “a direct route to happiness,” of which New Yorkers had been deprived since she left the two A Voce restaurants in 2013. Robbins’ thoughtful approach to cooking Italian food earned her the loyalty of a new camp of Brooklyn diners, even more accolades, and another James Beard Award nomination.

“I’ve been a boss for a long time but it’s different when you own your own restaurant. I can't imagine ever not being my own boss,” Robbins says adding that the recognition is nice too. “It feels good and validating and accepting. But, again, you can't do this to win an award — but winning the award still feels awesome.”

Hot on the success of Lilia, she got to work on opening a second spot. In the midst of planning, Robbins received awful news following a routine mammogram. After extensive tests, Robbins was given a breast cancer diagnosis, and her life changed immediately. She had to tell her business partner and the rest of the Lilia staff who, Robbins says, were incredibly supportive. With a plan in place — a lumpectomy surgery followed by radiation treatment — she once again had to keep her eye on the prize. Robbins leaned on her staff to keep Lilia going and they came through. After all, those reservations are still hard to get.

“I knew very early on that I was going to be okay,” Robbins says of her diagnosis. “I just needed to take the time to focus on [cancer treatment] without losing focus on Lilia or Misi." The latter was her not-yet-opened second restaurant.

Misi opened in late 2018, also in Williamsburg, complete with a reservation wait and foodies whispering about a pasta room. (While they do serve about 500 bowls of noodles a day, Pete Wells called Misi “much more than a pasta restaurant” and awarded it three stars).

If Robbins makes it look it all look easy, that’s just another skill in her arsenal; she’s as focused and appreciative as ever: “I think breast cancer has helped make me a better version of myself,” she says, adding that her advice to others is the same for herself: “Follow your path, be true to yourself, take your time, put your head down, and work for whatever it is you’re excited about.” 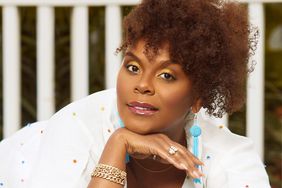 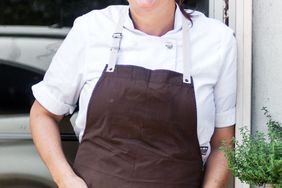 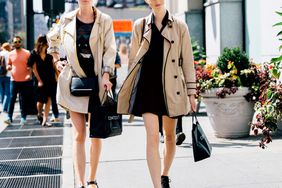 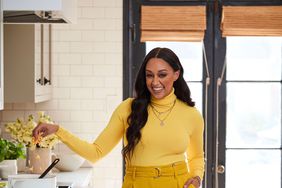