It's NSFW, of course.

Superhuman Miley Cyrus probably didn't mean to create another viral moment when she shared her pre-Super Bowl LV performance prep, but the image of her scream-singing Bikini Kill's "Rebel Girl" while sprinting on a runway was destined to be a hit. When Lizzo managed to see it, she proved to all her followers that she could keep up, literally, by belting her hit "Cuz I Love You" while running on a Peloton treadmill. And when Miley caught wind of Lizzo's challenge, she responded, of course, with a very NSFW comment.

Lizzo Had the Perfect Response to Health and Body-Shamers

"If @mileycyrus comments I'll get a mullet," Lizzo wrote on TikTok, adding a slew of crying-face emoji. The emoji may be expressing her knowledge that Cyrus would undoubtedly find out and that a big mullet moment would be coming sooner or later. On Instagram, she shared the clip with the caption, "I saw @mileycyrus running and singing on a treadmill so I ran and sang on a treadmill. It was fetch. And FUCKING HARD."

"Send me the addy! I'm on my way to scissor ... I mean with scissors! Mullet Girls," Cyrus responded on TikTok, giving fans hope that the entire ordeal will be posted to TikTok, Instagram, and every other social media platform because it'll definitely be another viral post.

On Instagram, Cyrus wrote, "I love you more! When I'm back from super bowl, We gonna try doing this shit IN MASKS! Letsssss goooooooo!"

Cyrus hasn't been shy about hopping into comments. Earlier this year, she asked Camila Cabello and Shawn Mendes for a "three way" when they covered her song "The Climb" on TikTok. And before that, she asked someone out on a date using the platform. 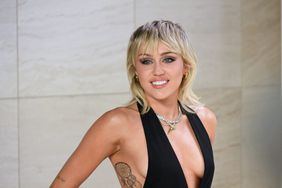 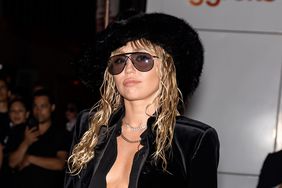 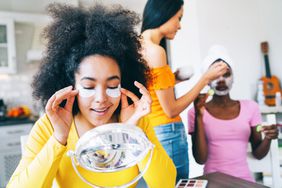