A throwback, a bathtub, and Miley Cyrus being Miley Cyrus. It's the perfect storm for an attention-grabbing post from the artist formerly known as Hannah Montana. E! News reports that Cyrus posted an Instagram Story that showcased a new grill on her teeth — and she took the shot while relaxing in the bathtub.

The grill is a reference to her 2013 hit "We Can't Stop," when Cyrus put her Hannah Montana days behind her and embraced a new image that included twerking, latex leotards, and dancing plushies. But the bathtub post celebrates another milestone: her newest album, Plastic Hearts, reached 1 billion Spotify streams this week. And the new grill isn't even her most controversial new accessory. Recently, she shared a shot of herself wearing Lil Nas X's "Satan Shoes."

"Love and appreciation to everyone who has been listening to #PlasticHearts & supporting my life's purpose from the beginning!" she wrote. "Music is an essential part of my existence. I can't thank you enough for making my dreams a reality."

Cyrus has been reflecting on her past with the anniversary of 15th anniversary of Hannah Montana. Last month, to commemorate her breakout role, she wrote a letter to the character. In the heartfelt note, Cyrus thanked Montana for being a major part of her following her dreams.

"Although you are considered to be an 'alter-ego' in reality there was a time in my life when you held more of my identity in your glove than I did in my bare hands," Cyrus wrote. "We had an equal exchange in which you provided me with a superlative amount of fame in return to the anonymity I could gift to you." 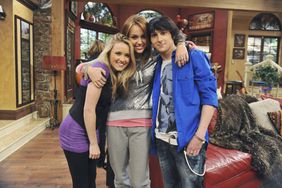 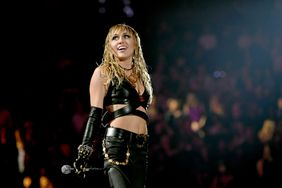