And had to make an emergency landing.

Many people's biggest fear almost came true for Miley Cyrus. The singer just revealed that her airplane to Asunción, Paraguay, was struck by lightning and had to make an emergency landing. Miley shared the scary news on Instagram, as well as let her followers know that everyone was OK.

"To my fans and everyone worried after hearing about my flight to Asunción. Our plane was caught in a major unexpected storm and struck by lighting," she explained alongside a video of the raging storm outside their plane. In the gallery post, she also include a shot of the damage to the plane.

"My crew, band, friends and family who were all traveling with me are safe after an emergency landing," she concluded. "We were unfortunately unable to fly into Paraguay. 💔 I LOVE YOU."

Miley was set to headline the Asuncionico Festival on Wednesday after a jam-packed weekend of wearing catsuits and tiny rompers at the Lollapalooza Chile and Argentina festivals. It's still unclear if the singer will make it to her destination in time for her set. Unfortunately, the event also had to cancel shows on Tuesday because of weather, including sets by Doja Cat and Machine Gun Kelly, who still put on a performance for fans outside of his hotel on Tuesday night.

Prior to sharing the update on their tumultuous flight, Miley posted videos wearing yet another catsuit. This time, the skintight jumper featured cutouts that covered the entire piece, including a lace-up midsection. The slightly sheer outfit was worn for her performance in Bogotá, Colombia, on Monday. 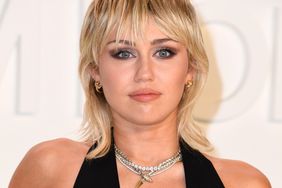 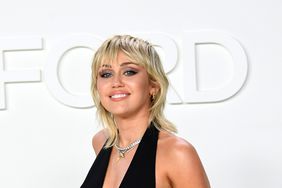