She proposed the wild idea on TikTok.

Miley Cyrus is continuing her TikTok commenting spree, and this time, she's involving celebrity couple Shawn Mendes and Camila Cabello in her antics.

On Saturday, the pop star slid into Mendes's comments with a wild proposition, after he posted a video of himself singing Cyrus's hit "The Climb" alongside his girlfriend. "Let's have a three way," Miley replied to the short clip, according to the Instagram account @commentsbycelebs. Considering Miley's sense of humor, fans assumed she wasn't actually serious, and that it was just her way of saying she really liked their vocals.

Turns out, they were right. Later that evening, the singer clarified her comment, writing: "A three part harmony obviously Shawn. You filthy animal."

Fans have been calling for Cyrus and Cabello to collaborate ever since last year when Mark Ronson — who has previously worked with Miley — posted a photo of him and Camila in the studio, so a musical three-way is something they'd definitely would like to see happen.

This month, Miley has been particularly active on TikTok while promoting her new album, Plastic Hearts. It all started when users began posting videos with the caption "If Miley Cyrus comments on this video, I'll do…," and Cyrus willing participated, providing plenty of replies — including hairstyling suggestions ("SHAVE IT") and asking a fan out on a date.

There's no telling what she'll do next. 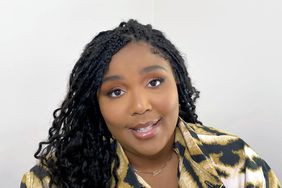