The campus had a school and a residential college named for former President Woodrow Wilson.

Former first lady Michelle Obama is commending her alma mater, Princeton University, for changing the name of a school dedicated to former President Woodrow Wilson. In a tweet posted today, she applauded the institution's efforts towards inclusivity, adding that she was even more proud of the students on campus that have been calling for the change for years. Princeton's School of Public and International Affairs was named for Wilson, as well as one of the university's residential colleges, Wilson College, which is set to be changed to First College. The news came on Saturday, according to The New York Times. Moving forward, the college in question will be known as the Princeton School of Public and International Affairs.

"Heartened to see my alma mater make this change, and even prouder of the students who’ve been advocating for this kind of change on campus for years," Obama, tweeted. "Let’s keep finding ways to be more inclusive to all students — at Princeton and at every school across the country."

Princeton students had submitted a letter to the school's board of trustees asking to make the change on June 22.

"The undergraduate students of Princeton’s School of Public and International Affairs speak with one voice in solidarity with our Black classmates when we say: the time for change is now," the letter reads.

Following George Floyd's death in May, activists have been calling for the removal of confederate statues, confederate iconography from state flags, and other offensive monuments that bear iconography that promotes white supremacy, racial inequality, and other social issues.

Christopher L. Eisgruber, Princeton's president, released a statement on Saturday explaining that the university's board of trustees decided that President Wilson's "racist thinking and policies make him an inappropriate namesake for a school or college whose scholars, students, and alumni must stand firmly against racism in all its forms."

"Wilson’s racism was significant and consequential even by the standards of his own time," Eisgruber said. "He segregated the federal civil service after it had been racially integrated for decades, thereby taking America backward in its pursuit of justice. He not only acquiesced in but added to the persistent practice of racism in this country, a practice that continues to do harm today."

Princeton's announcement comes after comments in Obama's book, Becoming, that explained how she felt on campus as a Black woman. She graduated from Princeton in 1985 with a degree in sociology.

“Princeton was extremely white and very male," she wrote, according to The Atlantic. "There was no avoiding the facts. [...] Even today, with white students continuing to outnumber students of color on college campuses, the burden of assimilation is put largely on the shoulders of minority students." 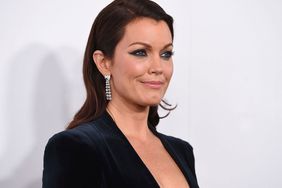 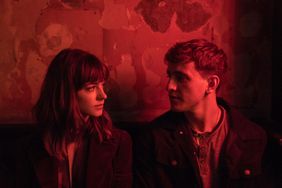