Plus, we got a tiny sneak peek at baby Lilibet.

Meghan Markle is celebrating her big 4-0 in a special way, and she's teaming up with her friends for this one.

The Duchess of Sussex announced her latest initiative during a funny birthday video shot with friend Melissa McCarthy, which was shared to the Archewell Foundation site. While on a video call, Markle and McCarthy discussed the Duchess's big plans for her birthday. The Bridesmaids actress and comedian began listing silly ideas to celebrate the milestone birthday, until Markle officially announced the 40x40 initiative.

The mission of the initiative is to encourage others to dedicate 40 minutes of their time to supporting and mentoring a woman who is re-entering the workforce after COVID-19. After Markle explained the initiative, McCarthy told her she's in "times 40."

A few very special people in Meghan's life actually make cameos in the video. In the first few seconds of the video, we see a quick glimpse of baby Lilibet in the center photo of a three-fold picture frame on her desk. There's also an adorable framed shot of Archie behind the photo of Lili.

Later in the video, Prince Harry makes a hilarious appearance while Markle is chatting with McCarthy. Harry stands outside of the window by Meghan's desk juggling, which makes McCarthy start to laugh. A confused Markle turns around to see her husband goofing around in the window.

The Duchess explained the meaning behind the initiative on their Archewell Foundation website.

"In reflecting on my 40th birthday and the many things I am grateful for, I'm struck that TIME IS AMONG OUR GREATEST AND MOST ESSENTIAL GIFTS: Time with our loved ones, time doing the things we love, time spent learning, laughing, growing, and the sacred time we have on this earth," Markle wrote. "Amongst the most valuable gifts of time is also time spent in service to others knowing that it can contribute to incredible change. To that last point, and with my 40th lap around the sun in mind, it made me wonder: what would happen if we all committed 40 minutes to helping someone else or to mentoring someone in need? And then what would happen if we asked our friends to do the same?" 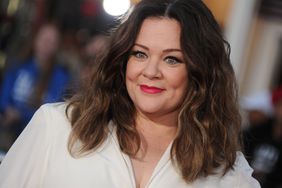