"The working mom or parent is facing the conflict of being present or being paid. The sacrifice of either comes at a great cost."

In a letter voicing support for President Joe Biden's Build Back Better agenda, Meghan Markle urged lawmakers in Congress to pass paid parental leave policies tied to tax reform. The Duchess of Sussex shared powerful stories from her childhood, saying that she and her family would relish in the $4.99 Sizzler salad bar — and even saying that it was something they considered to be a luxury. Published by Paid Leave for All, the letter called on congresspeople to look at the needs of their constituents, specifically parents, who have been forced to choose between working to support their families or sacrificing their careers to be present for their children.

"Over the past 20 months, the pandemic has exposed long-existing fault lines in our communities," Markle wrote. "At an alarming rate, millions of women dropped out of the workforce, staying home with their kids as schools and daycares were closed, and looking after loved ones full-time. The working mom or parent is facing the conflict of being present or being paid. The sacrifice of either comes at a great cost."

"I grew up on the $4.99 salad bar at Sizzler — it may have cost less back then (to be honest, I can't remember) — but what I do remember was the feeling: I knew how hard my parents worked to afford this because even at five bucks, eating out was something special, and I felt lucky," she continued. "Even [saving money] was a luxury — because usually it was about making ends meet and having enough to pay my rent and put gas in my car."

Back on August 4, Meghan's 40th birthday, she launched the 40x40 initiative, which encouraged everyone to spend 40 minutes a day to help support women returning to work during the COVID-19 pandemic. It was just months after she welcomed her second child, Lilibet, which she also mentioned in the letter, saying that she and Prince Harry were lucky to be able to spend time with their new arrival, something she acknowledges that not every parent has.

"In June, my husband and I welcomed our second child. Like any parents, we were overjoyed. Like many parents, we were overwhelmed. Like fewer parents, we weren't confronted with the harsh reality of either spending those first few critical months with our baby or going back to work," she added. "We knew we could take her home and in that vital (and sacred) stage, devote any and everything to our kids and to our family. We knew that by doing so we wouldn't have to make impossible choices about childcare, work, and medical care that so many have to make every single day."

She finished the letter by doubling down on her statements, saying that families should be able to care for their children and keep their careers in mind.

"No family should be faced with these decisions. No family should have to choose between earning a living and having the freedom to take care of their child (or a loved one, or themselves, as we would see with a comprehensive paid leave plan)," she finished. "I'm writing to you on behalf of millions of American families who are using their voices to say that comprehensive paid leave should not be a place to compromise or negotiate. The families you represent need your strong leadership. Paid leave should be a national right, rather than a patchwork option." 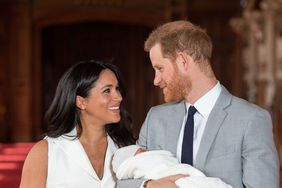