The superstar sweethearts are moving the ball forward for future generations of female athletes, while falling madly in love with each other.

As anyone who watched the Women’s World Cup this past summer knows, soccer star Megan Rapinoe is unflappable. When the president of the United States fired antagonistic tweets her way, questioning her patriotism and essentially daring her to win the tournament, she (along with the other 22 players on the U.S. national women’s soccer team) did just that. (She even took home the Golden Boot as the top scorer and the Golden Ball as the MVP.) When she was called on to convert high-stakes penalty-kick opportunities into goals before a sold-out stadium of screaming superfans, Rapinoe scored while hardly breaking a sweat. When asked to speak following the team’s celebratory ticker-tape parade in New York City, she stepped up to the podium like a purple-haired guru to deliver a memorable speech that transcended sports clichés and urged the chanting crowd to become kinder people.

Two weeks later in Seattle, Rapinoe, decked out in her own Acne top, Issey Miyake shorts, and Burberry sunglasses, admits that the speech was unrehearsed. “People were like, ‘Did you plan that?’ Um, no. I would say about 90 percent of it was off-the-cuff. The Champagne was flowing [at the parade]. I had no idea how long I was up there.”

But there is at least one way to make the co-captain of the world’s most successful women’s soccer team lose her cool. When her girlfriend, Sue Bird — the 11-time WNBA All-Star — steps out for this photo shoot styled in high-fashion finery, Rapinoe, who is used to seeing Bird in sportier attire, is agog. “Oh my god, what a dream!” she says excitedly when Bird walks into the room wearing an oversize Gucci suit. “You don’t let me put you in stuff like this. I love it!”

And therein lies their sweet dynamic, which has pretty much existed since the pair met at the 2016 Rio Olympics. When the women’s soccer team failed to make the semifinals — Rapinoe was hampered by a knee injury — they used their free time to cheer on the U.S. basketball team, led by Bird.

At an after-party celebrating the basketball team’s gold medal, “Sue’s friends say that she lingered around the table, but I didn’t really notice that too much,” recalls Rapinoe with a big grin. But they soon met up on their home turf of Seattle, where Bird is the veteran point guard for the Seattle Storm and Rapinoe plays forward for Tacoma’s Reign FC.

By fall 2016 they were an item. Two years later Rapinoe moved into Bird’s condo in Seattle’s Queen Anne neighborhood, where she films Instagram stories remarking on the number of sneakers in #theSUEcloset.

As playful as they are, Rapinoe and Bird are not to be trifled with on the field or on the court. Between them, they lay claim to five Olympic gold medals, four FIBA World Cups, three NCAA championships, three WNBA championships, and

two FIFA World Cups. Not only are they athletic role models, but they are actual models too. Last June they were the first same-sex couple to appear nude in ESPN’s Body Issue, and this past May Rapinoe was the first gay woman featured in Sports Illustrated’s Swimsuit Issue.

At this point in their careers, they are in a unique position to know what they’re worth and also to understand that they won’t be able to play forever. (Rapinoe, 34, and Bird, 39, are among the oldest athletes in their respective leagues.) “Progress is really hard, and carrying the torch is really hard, but you find a way to manage it and do it,” says Rapinoe.

Following through on her charge to “do better,” they are outspoken advocates for issues relating to equal pay, gender equality, and racial justice. Coming off the World Cup, Rapinoe has become just as influential off the field as she has on it.

This past March, on International Women’s Day, the U.S. women’s national soccer team sued the United States Soccer Federation for gender discrimination. According to The New York Times, “the discrimination affects not only their paychecks, but also where they play and how often, how they train, the medical treatment and coaching they receive, and even how they travel to matches.”

“We’re sick and tired of being disrespected,” Rapinoe says. “It’s not even really about equal pay per se. It’s just what we’re worth and what is fair. It’s always being looked at as, ‘Oh, this is what you deserve, so you should be happy.’ Well, no one’s happy about it.”

She continues, “I’ve said this for a long time, but I think the men deserve to be paid more too. I don’t think the federation is blatantly that sexist. If they’re not paying us what we’re worth, they’re certainly not paying them what they’re worth. It’s not a great-run business in my opinion. We’re both just kind of cash cows [for the federation].”

Bird just organized a deal with USA Basket­ball so that the top players are paid enough to stay in the States to train together ahead of next summer’s 2020 Tokyo Olympics. (Normally, once the WNBA season is over, the players hotfoot it overseas to play in Russia and China, where they can earn significantly more money.) “In 20 years I want to be that disgruntled professional athlete who’s retired and is like, ‘Oh, I only made $100,000, and now they’re making a million,’ ” says Bird, laughing. “I feel like if I’m that person, that means I did something right.”

Though their aspirations are similar, Rapinoe and Bird could be a case study in opposites attract. “I’m kind of wild, and people are fucking here for it,” Rapinoe jokes, whereas Bird is “more private and keeps things close to the vest.” Rapinoe favors high fashion and expensive beauty products and is contemplating Botox; Bird is a sporty sneakerhead who barely washes her face and uses $4 moisturizer from CVS.

In a now-legendary blog post that Bird penned for The Players’ Tribune entitled “So the President F*cking Hates My Girlfriend,” she stated that seeing the world through “Megan goggles” has helped her loosen up a bit: “Megan, she just does things sometimes. Do it...then love it...then — later, at the very end, if there’s time — worry about it. That’s her M.O. Me, on the other hand...I’m nothing like that. I’m more of the worry about it first...and then later, if there’s time, do it type.” It ended with Bird professing her love for Rapinoe, who says that the piece “had her in total tears” when she read it.

When the two are home, mornings are sacred. Waking up around 7 or 8, they start off “with a good cuddle” and then Rapinoe will make coffee. Rapinoe was once less concerned about her diet, but Bird’s clean-eating regimen has taken over. On the hour-long commute to and from Tacoma, Rapinoe listens either to podcasts such as Pod Save America and Uncover or to nothing at all, a rare moment of zen. Bird recently binged on HBO’s Euphoria and Big Little Lies, but Rapinoe missed out on watching them over the summer because, she says, laughing, “I was on a work trip.”

To have a partner who understands the demands required of an elite athlete is invaluable, Rapinoe says. Often their schedules don’t align or they are on different tracks. When Rapinoe returned from the World Cup, she was “emotionally, psychologically, and physically tapped out.” On her first night home they went to a quiet dinner with friends. “You have to plan it, and sometimes it’s hard,” says Bird. “If we know that the next day is a day off or going to be lighter, maybe we can have a few drinks.”

Given all the attention of the past few months, is going out even an option? “We get stopped quite a bit,” says Bird. “The purple hair doesn’t help. There have been days like, ‘Whoa, this is a lot.’ ”

For two down-to-earth people, the celebrity aspect can be overwhelming. Bird recounts going to Nobu in New York City after the World Cup parade in July and having the entire restaurant break out into a standing ovation for her girlfriend. Overall, the response — to them, their story, their relationship — has been mostly positive. “Things have changed for the better in a lot of ways, but figuring out how to navigate it all is hard,” says Bird. “Especially with the increase in recognition. We’re not used to it, and we’re still just normal, you know? We’re not like an NBA player who has millions of dollars to hire security and a driver. We’re just trying to figure those things out on the fly.”

Not that they’re complaining. The offers at the moment are bountiful. Rapinoe has already signed a two-book deal with Penguin Press. The first will be a memoir, while the second is with the publisher’s imprint, Razorbill. She has yet to return to the pitch for the Reign because of various injuries, but she hopes to soon. She wants to make sure that she’s at 100 percent because the Olympics are coming up. As is always the way with these two star athletes, if they do both make it to Japan, they doubt they will get to see each other due to travel and schedules. “The soccer games are everywhere, and then the semi­final or just the final is usually in the host city,” says Rapinoe. “Hopefully, we’ll get there.”

In the meantime, Rapinoe will keep beating the drum. There is the ongoing mediation with the U.S. Soccer Federation and a potential trip to Washington, D.C., to take up Speaker Nancy Pelosi on her invitation to talk. (Rapinoe notes they won’t be stopping at the White House.) “As a female athlete, you kind of wait your whole life to be in a position where you can capitalize on this. And it’s at a point where it’s never been, and it’s so exciting.”

She hopes that her excitement for the game extends to the fans. “I don’t understand why, if you’re a soccer fan, you wouldn’t want to come and watch the best,” Rapinoe says. “So, until someone can tell me a better reason than fans just don’t want to come to watch women, or companies just don’t want to pay women or don’t see potential in that, then it’s just sexism to me. People are always asking me how to better the state of women’s sports, and I’m like, ‘Fucking go to the games.’ ”

And, of course, when the world is banging down their door, Rapinoe knows who she can turn to. “I love the shit out of you,” she says to Bird. “I always tell her, ‘If you break up with me, I’m going to crumble. I’ll be a pile of ashes. So think about it, because you’ll ruin my life.’ ”

For more stories like this, pick up the October issue of InStyle, available on newsstands, on Amazon, and for digital download Sept. 20. 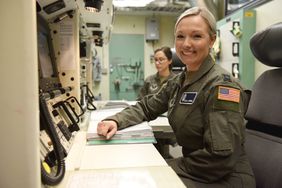 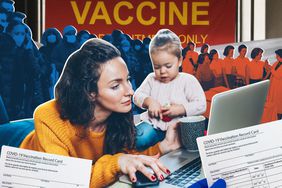