Megan Fox and Machine Gun Kelly are once again continuing their reign as king and queen of matching couple style — this time, by wearing the literal exact same outfit on an outing in N.Y.C.

The couple was spotted out in the city by TMZ this week, both wearing the same white printed graphic tee with leather pants. Fox wore hers with a zebra print bag and heeled sandals, while her boyfriend, born Colson Baker, wore white platform shoes and a chain necklace.

The two are in town for the MTV VMAs this week, and Us Weekly reported that Fox was spotted at rehearsals for the event wearing a ring on her left ring finger, though it's absent from this set of photos.

Us Weekly's source also teased a possible "surprise announcement" during the rapper's Sunday VMAs debut performance, so time will tell.

It's not the first time they've sparked engagement rumors. Fox was seen with a ring on her hand in New York in January, though she dispelled speculation at the time by sharing an Instagram Story of the ring that read, "F—k you," adding an eye-roll emoji. 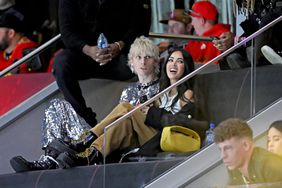 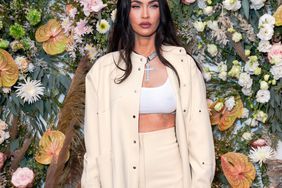 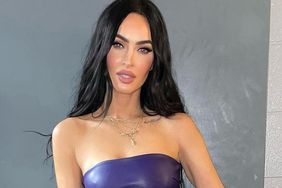 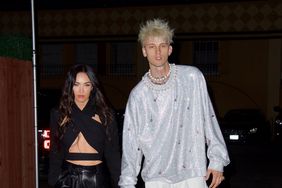