"I was always speaking out against some of the abusive, misogynistic, patriarchal things that were going on in Hollywood."

Megan Fox reflected on her treatment in Hollywood during a recent interview with Glamour U.K. In her April cover story for the publication, the actress opened up about the contempt she faced for speaking out against misogyny in the movie industry over a decade before the start of the #MeToo movement.

"I was always speaking out against some of the abusive, misogynistic, patriarchal things that were going on in Hollywood back in 2008 and 2009," Megan, who started her acting career at just 15 years old, shared. "Way before people were ready to embrace that or tolerate it. And I actually got ridiculed for doing it. I think people just have had time to review that, in retrospect."

Fox went on to address how, despite advocating for the betterment of women's rights in Hollywood throughout her entire career, she's yet to earn the respect of certain communities. "I've never felt completely included in the feminist community and I do still think that it's tricky in an awful way," Fox said, before adding, "Whatever I provoke in them is not something that they can digest very well. And so that comes back on me, as they reject me for those reasons. And I just don't think that I was a very sympathetic victim."

Megan maintains that though she's received backlash over the years, she doesn't regret speaking out against the industry — even when she had little support. "The regret I have is that my personality is so lost on people, my sense of humor is lost," she shared. "My intelligence is not acknowledged. And so that is a regret. Sometimes, I feel like I just waste my energy, giving myself to people who don't understand and won't appreciate [me], but I've never had anything where I look back now and think, 'I really shouldn't have said that.'"

"Even the terrible things caused me to do so much work on myself, that I grew exponentially, because of it," Fox said. 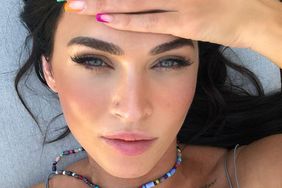 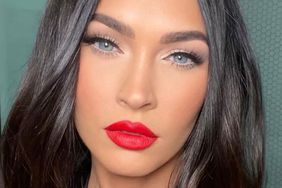