Over 10 Million people follow teen dance sensation Maddie Ziegler across Instagram and Twitter. That’s a lot of people watching your every move, and we're not just talking about dance moves. Ziegler, ever the millennial, shares all aspects of her life (business and pleasure) with her followers, from snaps with her boyfriend Jack to adorable shoots of her puppy Maliboo. Ziegler, since entering the public eye, has pretty much been an open book—a very, very busy open book. So it feels only natural that she's writing books of her own now.

"I just wrote a book called The Audition [out Oct. 31],” Ziegler told InStyle over the phone. “It’s about a dancer. She has to move, and she ends up joining this very competitive dance studio. The message behind it is just that there are going to be people that try and get in your way and try and knock you down, who think they’re better than you, but honestly, if you be yourself and if you put your mind to it, then you can achieve anything.”

Here, we talk more to Ziegler about how she deals with the “haters,” what she has taught her younger sister Mackenzie, and why she really does not miss competitive dancing.

The main character in your book is a dancer. What do you miss about competitive dancing?

I actually don’t miss competitive dancing at all. Obviously getting to share the stage with my friends, like some of my best friends, and getting to put on the cool makeup and hair. That I’ll always miss, but other than that ... it’s very stressful and it’s definitely not a scene that I would like to go back to.

You’re often put in stressful work situations for someone your age. How do you handle the stress?

A lot of girls and boys, they think that people like us who are in the public eye have no stress and we’re always at our best or that we’re always getting this and this and this. And we are. We do get incredible opportunities, but they don’t understand that sometimes we go through a lot of hate and stress. There’s a lot of people who want us to be perfect, and that’s what I stress about a lot. But now I think I’ve learned, who cares what other people think? They’re just behind their computer screens [taking] their insecurities out on us. I think it’s important to stay yourself and block the haters that are out there.

Do you have any tricks that you help you when you get anxious?

I think the best way to handle my stress is to actually FaceTime my friends and or hang out with them in person. I also love to paint and draw, and that really relaxes me. Or sitting in front of my makeup mirror and putting on a look, then taking it off, and then doing another look, then taking it off. That really calms me down. I think just being myself and locking myself in my room and just relaxing.

Internet bullying is such a problem right now, for adults and teenagers. Do you have any advice to people who are personally struggling with that?

My way of handling [bullies] on the Internet is to literally block them out or legit block their Instagram. There are people, like my sister, she’ll just write back and she’ll try to stick up for herself, which is great and I think that’s important, but in some instances, they just want your feedback. They want you to react to them. So I think the best way is to do the opposite and just pretend like nothing happened. Just ignore them and brush them off my shoulder because they don’t mean anything to me.

Have you taught your sister anything about handling the stress in the public eye?

My sister is a very secure person. She’s such an incredible girl. She’s so strong. I think what I’ve taught my sister is you need to stop listening to the people on the Internet. A lot of people have said things about her that are not true at all, like, ‘Oh she’s chubby, she has a fat stomach,’ and she’s literally 13-years-old! You don’t say that to a 13-year-old. I think it’s important that she stays her sassy self because she is crazy, she has a mind of her own, and I think it’s really important that she just does her and doesn’t let anyone get in her way. She’s perfect the way she is. 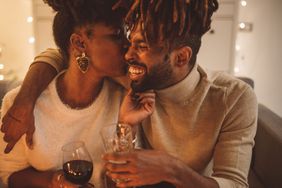 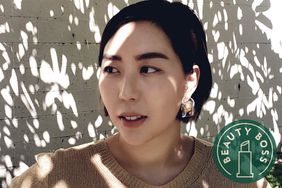