The actress is set to begin serving her two-month sentence on Nov. 19.

Lori Loughlin and her husband Mossimo Giannulli were sentenced to prison on Friday after allegedly paying $500,000 to have daughters Isabella Rose, 21, and Olivia Jade, 20, falsely admitted to the University of Southern California as crew team recruits.

The Full House alum was sentenced to two months, while her husband was sentenced to five. And while there is some relief in the verdict — a source told People the couple is “relieved because the waiting was awful”— Loughlin is still “terrified about going to prison."

Both parties were ordered to report to prison by Nov. 19, but they’ve asked if they stagger their sentences so they can be there for their adult daughters.

Lori Loughlin and Mossimo Giannulli Are "Terrified" About Their Prison Sentences

Of course, Loughlin's fear of prison is amplified by the current health crisis. According to People’s source, she’s scared of contracting COVID-19 and has been “trying to stay as healthy as possible and also takes supplements to boost her immune system.” Back in July CNN reported that the number of people in prison testing positive for the coronavirus was 5.5 times higher than the general population, and the death rate three times higher. “It’s definitely something that she has been losing sleep about,” the source continued. 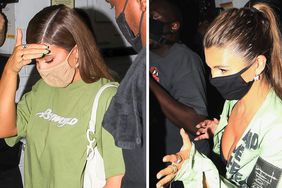