The show got called out for plenty of things.

Fluffy, escapist Netflix series Emily in Paris managed to draw criticism for just about everything: the plot, the characters, the setting, and the clothes. However, star (and producer) Lily Collins told Vogue Arabia that reading all of the comments, negative or not, gave her the opportunity to learn — and to improve on things if the show gets another season.

Collins admitted that the negativity was "disheartening" to read about how impossible it seemed for Emily to be "22-ish" years old, for French work culture to seem so lackadaisical, and for a social media editor to grow her following so quickly with such a loose command of hashtags.

"As disheartening as it sometimes is to read these things, it's also a gift," she said. "You're being allowed to improve."

Collins also told the magazine that she's interested in evolving both the character of Emily and her narrative if there's a potential second season. Creator Darren Star already shared a few ideas of his own.

"I don't know about season two yet, but I think Emily has some surprising tough choices," he told E! News. "The show's so much about the culture undermining her expectations of how things are and how things seem. And everything will not be as it seems. It's always about challenging her American worldview. We certainly have a lot of forks in the road and a lot of places to go."

He added that he just set out to provide the world with 10 episodes of escapism, not hard-hitting social commentary.

"I hope it's just pure entertainment for 10 episodes and that it gives people this sort of vicarious travel experience to Paris at a time when we can't go," he added. "We were filming this a year ago and it was hard to imagine what the world would become. I think that it's just a great way to travel." 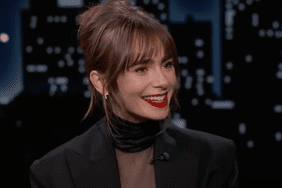 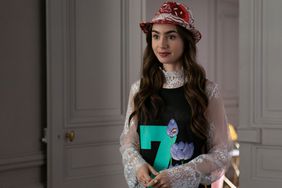