After avoiding Dunham for years, I never expected to experience her breakup as a tragedy.

Jael Goldfine is a culture writer focusing on music, TV, and comedy. Currently, she is a junior editor at Chegg Life. Previously, she was an entertainment reporter at PAPER Magazine and a music publicist at Shore Fire Media. She graduated from Cornell University in 2017 with a Bachelor's degree in Feminist, Gender and Sexuality Studies and American Studies. She lives in Brooklyn.

I was barely aware that Lena Dunham and Jack Antonoff were dating when they broke up in January of 2018.

This wasn't an accident. For years, I cultivated my ignorance of and ambivalence towards Dunham. This was as a matter of both pride and self-preservation. As a white, college-educated woman born in 1995, Dunham's work was for me. It was about me. It was supposed to explain me. As such, I felt stubbornly resistant to identifying with her, which seemed like a cliché and also a pain in the ass. If I didn't know much about Dunham, I couldn't be compelled to offer opinions about her, participate in conversations about her work, or feel conflicted when she embarrassed herself or did something offensive.

Of course, by the time I started paying attention, identifying with Dunham had other implications besides being a cliché. The first time I remember thinking about her was in 2015, after she said something clumsy and hyperbolic about Black football player Odell Beckham Jr. ignoring her at a dinner, and then cancelled her Lenny Letter tour as penance. Pride aside, sitting down to start Girls seemed masochistic, like walking knowingly into a trap. So I avoided her TV and her writing, as if not having seen Girls was somehow a virtue, an interesting personality trait in itself.

As for Antonoff, I barely knew who he was. Back in 2018, when he'd only produced for a few of the most powerful women in music, he was still losing his old nickname: "the guy from the band Fun." I didn't know their meet-cute story (Mike Birbiglia set them up on a blind date in 2012). I wasn't aware of their hipster power couple red carpet style (they looked great at the 2017 Girls premiere), their exotic pets (a hedgehog, at one point), or their famous friend group (Dunham's co-stars, Antonoff's production roster). I hadn't felt envious looking at the paparazzi candids of them walking hand-in-hand through LAX in sweatpants, living their glamorous lives together, two artists of substance — a musician and a writer — in love.

This is all to say, I wasn't especially attached to Dunham and Antonoff as a couple. But when I learned about their breakup, I felt inexplicably devastated.

Their demise was excruciating to watch. "Jack and Lena were growing apart and it just made sense for them to end their relationship where it was." This was the "insider" quote in the initial breakup report. However, Antonoff appeared to move on quickly. On Twitter, he called rumors that he'd broken up with Dunham for Lorde, his then-21-year-old collaborator, "heteronormative bullshit." Gossipers were nonetheless titillated when he and Lorde strolled, sharing hugs, through downtown Auckland and attended the Grammys together. By the end of January, photos emerged of Antonoff and model-artist Carlotta Kohl (whose butt appears on Antonoff's collaborator St. Vincent's Masseduction album cover) at a candlelit dinner. By March, the couple were seen publicly cuddling courtside at a basketball game. Intrigue flipped back to Lorde in April, when she and Antonoff shared flirty banter on-stage and sang a love song together in front of 20,000 people at Barclays Center in Brooklyn, on the Melodrama world tour. (Antonoff and Kohl are still together — she recently photographed his sister, the designer Rachel Antonoff's Fall 2021 collection, modeled by Antonoff's entire family).

While Antonoff roamed around with pop stars and models, Dunham couldn't stop talking about him. She posted inspirational Instagrams about starting over and told E! that she'll always wear a ring he'd given her, "because love... doesn't have to be defined the way we in Western culture define it as beginnings and ends." She tweeted a list of baby names they'd once thought up together. She wrote about feeling herself and Antonoff grow apart as a result of her medical issues in an essay about her hysterectomy for Vogue, and a few months later, in a second Vogue essay about independence, about how the finality of the breakup "almost killed" her. She wrote about how Antonoff hated her decorating taste in her Domino apartment tour, recounting the scene of their break-up in their old apartment. She wrote about him in her essay on Love Island in The Guardian, comparing herself to various heartbroken cast members of the British reality TV show's fifth season. She admitted Antonoff's new relationship stung in her infamous profile in The Cut: "I thought I was kind of proving weird girls can have love too. Now he's dating somebody who looks regular and normal and like girls are supposed to look."

I threw my Dunham neutrality to the wind as I became obsessed with her defunct relationship. I no longer cared if empathizing with her was problematic or cliché or masochistic. I embraced the pain. I read every tabloid item about Antonoff's new entanglements. I listened to old Bleachers songs that were supposedly about Dunham. I looked at old Getty photos of them. I searched imagined cruel phrases on Twitter to see if people were comparing Dunham to Lorde and Kohl. I stalked their Instagrams, which have been scrubbed clean of each other. I felt my stomach drop, in the stands of Barclays, when Lorde brought Antonoff out on stage. I read Dunham's old New Yorker essay about marriage, in which she vowed she and Antonoff wouldn't marry until the Supreme Court legalized gay marriage. When they did, she awkwardly teased Antonoff about hurrying up on Twitter, a now-ominous sign. He didn't reply to the tweet.

I couldn't look away. But it wasn't schadenfreude. The more I read about their doomed love story, the sadder I felt about it. Their breakup began to seem profoundly, almost mythologically tragic to me. Dunham and Antonoff dated for over five years. During that time, Dunham became one of the most disliked people in the world, a pop culture pariah — someone who even people like me, of her target demo, wanted to avoid. If true love existed, surely it was embodied by Antonoff, as he stuck by his woman through her cancellations and scandals and gaffes and meltdowns and health issues, loving someone the rest of the world openly loathed. Until he didn't anymore.

Maybe we all secretly want to hear redemption stories, even about the people we dislike or who do bad things, just in case that's us one day. I do, apparently. Even when I didn't want to see myself in Dunham, I was subconsciously comforted, and inspired, that she was loved in spite of it all. I felt heartbroken, for her and for myself and for the world, that the kind of love that could withstand so many trials and be untouched by other people's perceptions, didn't exist — or at least she and Antonoff wouldn't be the ones to prove it.

As for the end, the takeaway could be something like, "nice guys don't exist!" and "all men, no matter how thick the rims of their glasses, really just want to date models and pop stars." But Dunham and Antonoff's story ultimately isn't about a nice guy loving a "weird girl," and then showing his true colors by abandoning her for a more popular or conventionally beautiful one. It's about how love isn't inexhaustible — and I understand why Dunham can't let go of that fantasy. 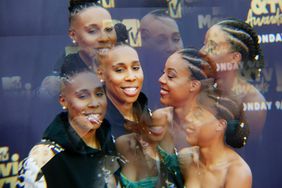