You just call out [Lauren Graham's] name, and she'll be there.

Lauren Graham likes to keep her friends close and her co-stars closer. The Gilmore Girls alum sings the praises of her BFF/on-screen daughter from Parenthood, Mae Whitman, and she met her boyfriend, Peter Krause, on the set of the same show.

Graham also keeps in touch with the gang from Stars Hollow — but unlike on the show, it’s not Scott Patterson (Luke) or Melissa McCarthy (Suki) with whom she’s closest. “I check in with everybody, but Kelly Bishop is an important friend in my life,” Lauren told InStyle of her on-screen mom at the Television Critics Association press tour. “And Yanic [Truesdale, who played Michel] lives in L.A., and I see him a lot. We are a similar age and go out.”

And though she may not see her first on-screen daughter, Alexis Bledel, who played Rory, as often as she sees Whitman, Graham wishes all the best to her co-star of 7 years. “I am so happy for Alexis and all of her success,” she said.

They say networking is everything, and indeed it was her friendships that led Graham to her latest project: Zoey’s Extraordinary Playlist. Mae actually introduced Lauren to the titular Zoey, played by Jane Levy.

“Mae Whitman is the reason I’m friends with anybody who’s cool and 30,” Graham said. “Jane is one of Mae’s dearest friends. I don’t know why, but I get to be part of this cool group of girls.”

“It was sort of a joke between [me and Jane] and then the part became available and I just signed on for one season, as I had some other things that I was sort of waiting on, and so it just fit in so many ways,” she continued. “Plus, I just thought, 'you get to sing and dance and I’m not playing a single mom!' There were so many things about it that was so much fun.”

In the quirky series, Zoey has an unusual accident and realizes her brain is now conscious of the private thoughts of other people — via their song choices.

“Everything about the show felt like a winner to me,” said Graham. “It just felt really fresh and really special and really happy …. so many things about this were really a gift, and I'm just really thankful to be a member of this cast.”

As for the woman responsible for the duo Graham and Levy? “Mae now is actually bitter and upset because her two best friends are gone and together,” joked Graham. “We send her pictures and it makes her upset.”

Graham will have her hands full this year, as she will be co-executive producing and starring in the new Disney+ series, The Mighty Ducks, which is based on the popular '90s movies. 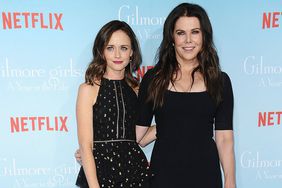 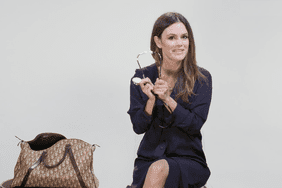 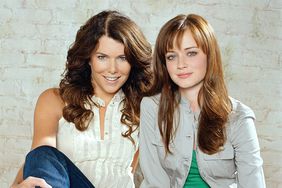 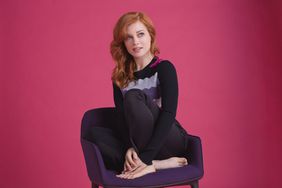