Lady Gaga does not just put on an outfit and leave for the day. Lady Gaga wears that outfit so you see it no matter what it is. Even if said ensemble is a simple sweatsuit, you're going to notice it. This week, the House of Gucciactress opted to wear a tie-dye sweatsuit set but instead of wearing the matching hoodie, she tied it around her waist. Instead she opted for a different, equally as colorful Radarte by Rodarte sweatshirt.

The attention-grabbing comfort did not stop there though, she also wore a pair of lime green and hot pink Nike sneakers, a glitter face mask, Day to Night earrings by Variance Objects and bedazzled cat eye sunglasses. The queen of over-the-top did not stop there though, she tied her hair into a super high half ponytail, fascinating it with a scrunchie. Could just be me, but I absolutely could never pull this off.

Lady Gaga Opens Up About Chromatica

Lady Gaga just finished filming House of Gucci alongside costar Adam Driver last week. In a post on Twitter she thanked her Italian fans for their support. "I wish to thank all of Italy for cheering me on while I film this movie," she wrote. "I believe in you, prayers to my place of origin a country built on the promise of hard work and family." 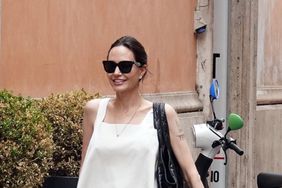 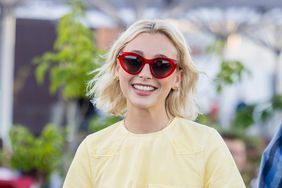 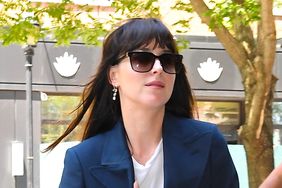