Lady Gaga just revealed to Jake Gyllenhaal that his 2001 film, Donnie Darko, is basically religion to her. The two actors came together in conversation for Variety's Actors on Actors franchise, where they discussed everything from getting into character to their favorite films (which includes Bambi).

At one point during the conversation, the two performers were listing off the movies that shaped their lives and Lady Gaga let it slip that Gyllenhaal's Donnie Darko is one of her go-tos. "Donnie Darko. I don't want to lie and tell you I haven't seen it so many times," Gaga gushed, to which Gyllenhaal responded, "Really? OK. That just made my day."

"In the world of music, but in fashion as well, Donnie Darko, it's religion," she went on. "It really is. And if you know your shit, you know Donnie Darko."

Some of their other favorites? Wizard of Oz, Goodfellas, Searching for Bobby Fischer, Umbrellas of Cherbourg, and Bambi. "Cartoons. They have so much heart," Gaga said. Jake added, "And so much pain too. That's beautiful."

Gaga and Gyllenhaal also discussed what it's like to portray some of the characters they have played over the years. As she's already shared in numerous interviews, Lady Gaga is extremely committed to remaining in character throughout the entire filming process.

"The first thing I thought when I read the script was, 'OK. They want some woman to use her body and her manipulation to get money from this incredibly wealthy man,'" she told Jake. "And the more that I dug through it, I realized that she was really in love with him. And women are complex creatures, and we're complicated, and it's never one single story. It's many stories."

Gyllenhaal also opened up about his headspace while filming The Guilty, his new movie about a 911 dispatcher. "I think an interesting part of that film is there is like an entertaining aspect where we're trying to figure out what's going on," he said. "But I think it really does speak to mental health." 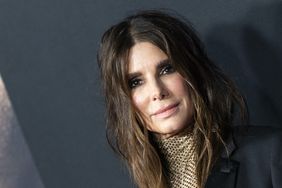