Lady Gaga, who's had her hair just about every color under our sun and probably many other stars in the universe, showed off a brand-new shade today on Instagram. And while it may look like a mermaid-inspired aquatic blue, the story behind the hue is a touching homage to part of her team.

In the photo, Gaga has her lengths pulled over her torso as she's lying down, with plenty of the soft blue-green color on show alongside her tattoos and dark brows. In her caption, Gaga explained that the color, called Suzie's Ocean Blonde, is a color that her hairstylist, Frederic Aspiras, named for his late mother. She described the tribute as "extra special glamour."

"Hello Merpeople. Rocking color by @fredericaspiras named after his mother who just passed ... Suzie’s Ocean Blonde," Gaga wrote. "I love you Freddie [...] this was extra special glamour with love."

In a blog post for BehindtheChair.com, Aspiras wrote about how his mother, Suzie L. Nguyen, came to the U.S. as a refugee from Vietnam in 1975. She passed last June.

“She wanted to give me a gift to bring out the best qualities of a person — either their hair or themselves. She saw that was my gift, and that's something that makes me very proud, because she taught me," Aspiras wrote. "Whenever I do anything, I'm sharing my gift from her to the world. It makes me very proud to be a hairdresser."

While it's almost guaranteed that the new color won't be around by the time the 2020 MTV VMAs arrive this fall, The Hollywood Reporter confirmed that Gaga would be performing at the show. She hasn't graced the VMAs stage since 2013, which has just about every Little Monster excited to see what she'll bring. Gaga and Ariana Grande lead this year’s nominations with nine each. The duo's collaboration, "Rain on Me," is nominated for Video of the Year, Song of the Year, Best Collaboration, Best Pop, Best Cinematography, Best Visual Effects, and Best Choreography. Gaga is up for Artist of the Year and Best Quarantine Performance for "Smile" from the special One World: Together at Home. 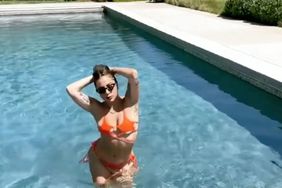 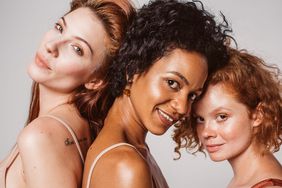 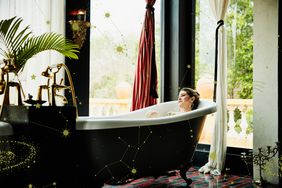