Kim and Khloé Kardashian also made a stylish appearance.

The Kardashian-Jenner clan came out in full force to celebrate Kendall Jenner's 818 tequila launch. On Friday night, the famous family — minus Kourtney — arrived at The Nice Guy in West Hollywood for the maskless party (because apparently those are a thing again), and dressed up for the occasion in outfits that reflected their signature brand of sexy.

Walking into the star-studded event, Kylie, Kim, and Khloé were photographed wearing coordinating skintight looks. Kim opted for a camouflage jumpsuit with cut-outs, and Khloé paired a black tube top with leather pants. Meanwhile, Kylie took things to the next level in a plunging black jumpsuit that was strung together by a series of thin straps below her chest.

She accessorized with matching heels, long nails, and bombshell waves.

Before even launching, the tequila brand was met with criticism, and Kendall was personally called out for cultural appropriation and exploiting Mexican culture. In February, Jenner announced her latest venture in an Instagram video, sipping tequila on ice from a highball glass (a no-no, according to the experts).

Twitter users, on the other hand, took issue with the launch having the potential to overshadow local producers and small businesses, and pointed out that the name of the liquor, 818, is an homage to Calabasas, not to Mexico.

"Kendall Jenner starting a tequila brand, with zero knowledge on Mexican culture and calling it '818 tequila' is GENTRIFICATION. The 818 does not claim Calabasas. What about those smaller, family owned Mexican tequila/mezcal brands? They deserve the hype & support," wrote one user, while another added: "Kendall Jenner coming out with her own tequila brand… what's next on the Kardashian/Jenner colonization list?" Kendall has yet to address the backlash. 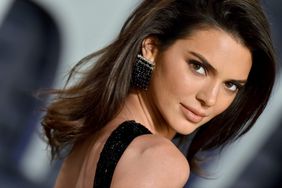 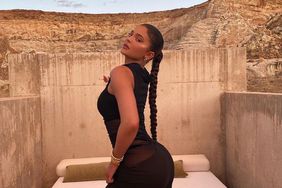