Nothing should shock us in the year 2020 and yet, when you see Kylie Jenner showing off a wax figure of her mother, Kris Jenner, sitting at her bar ... the image just might. On Instagram stories, Kylie took a video walking into a recreation room that has a pool table and a bar (sure why not?). Sitting cross-legged at the aforementioned bar is Kris Jenner's Madame Tussauds wax figure.

"Guess who came to live with me now – Kris Jenner’s wax figure," the makeup mogul said getting closer to the figure that looks eerily similar to the actual Kris Jenner.

Apparently the figure used to live at Kris's house but Kylie has taken over ownership, to the dismay of her siblings. "She’s mine now. I don’t wanna get any texts or phone calls from my sisters after this. She’s mine. Thanks, Mom," she said.

Kylie Jenner Reportedly Spent $200,000 on a Pony for Daughter Stormi

The figure was originally unveiled in 2019, alongside all of Kris's daughters. While some of the family figures were spot on, others were a bit off.

Last year, Kim Kardashian posted on her Instagram about her mom's wax figure saying, "You guys have no idea how real this looks. Like, it's insane – it's wearing her favorite Dolce tux, but like you guys, like it's exact down to the little mark she has." 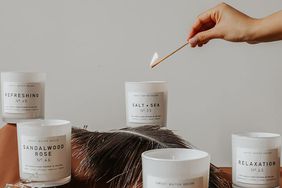