"How about you GO FUND HIM?"

Update, March 22, 2021, 5:20 p.m.: Kylie Jenner responded to critics after she encouraged her followers to donate to a GoFundMe page for makeup artist Samuel Rauda. Twitter users were understandably confused, since it's safe to assume that Jenner has the means to pay for Rauda's medical expenses.

"I feel it's important for me to clear up this false narrative that i've asked fans for money and am not paying for my makeup artist's medical bills," Jenner posted to her Instagram stories on Monday.

She went on to clarify that she and Rauda no longer "have a personal relationship" and that she found out about Rauda's situation through her current makeup artist. Her original donation of $5,000 was, she noted, to help Rauda's family reach its initial goal of $10,000.

"I don't know how all of this got so twisted. Anyone that knows me knows that I do things from the heart and I try to be helpful whenever I can be," she added. "Let's all stay positive and keep Sam, his family, and anyone you know who is going through a difficult time in our prayers."

Previously: Kylie Jenner, the highest-paid celebrity of 2020, is under fire for encouraging fans to donate to a GoFundMe for her makeup artist.

Over the weekend, Jenner shared an Instagram story about makeup artist Samuel Rauda, who had gotten into an accident and needed to undergo major surgery, thereby incurring large medical expenses. "May God watch over you and protect you @makeupbysamuel," she wrote. "Everyone take a moment to say a prayer for Sam who got into an accident this past weekend. And swipe up to visit his families (sic) go fund me."

The request for fan donations — during a pandemic that has resulted in mass unemployment — didn't go over well with people who pointed out that Jenner earned a reported $590 million last year. According to Rauda's GoFundMe page, it appears Jenner donated $5,000, but given her massive wealth and ability to buy Birkin bags for her toddler, people naturally felt she could have done a little more.

Jenner, at the moment, has yet to publicly respond to any of the backlash surrounding her request for donations. 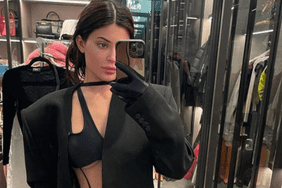