Kristen Stewart has access to some of the most gorgeous clothing and accessories, but the Twilight actress proves time and time again that she's much more interested in wearing jeans and sneakers, even on the red carpet! Click through the gallery to see how often Stewart chooses to slip on casual clothes in lieu of a formal gown-even making the switch on the same night!

Kristen Stewart rocked an asymmetrical Elie Saab mini at The Twilight Saga's Eclipse premiere. A few hours later at the after party, she shed her one-sleeve dress for a casual look: jeans, tank top and a zippered hoodie.

At the Metropolitan Museum of Art's Costume Institute Benefit celebrating the "Alexander McQueen: Savage Beauty" exhibit, Stewart matched the red carpet in a glamorous ruby Proenza Schouler dress. Proenza Schouler designer Jack McCollough wasn't offended when she changed out of the custom design into a T-shirt and pants-he posed alongside the actress at the after party.

Stewart walked the MTV Movie Awards' red carpet in a safety-pin Balmain mini dress and pointy black stilettos. When she was backstage (with Lily Collins), she couldn't resist slipping into her Vans checkerboard slip-on sneakers.

The actress dressed up a simple black V-neck T-shirt and jeans with peep-toe black pumps at A Better Life premiere, but at the after party (with New Moon director Chris Weitz), Stewart ditched the heels for a pair of comfy blue sneakers.

When Stewart put her handprints on the Hollywood Walk of Fame, she wore a Swarovski-embellished dress by Marios Schwab and a pair of Brian Atwood "Marcella" pumps. However, the heels didn't last very long-she switched into her trusty Vans before placing her handprints in the ground for eternity.

Kristen Stewart vamped it up in a sequin J. Mendel column and suede peep-toes at the premiere of The Twilight Saga: Breaking Dawn Part 1. At the end of the night, the actress flaunted her sneakers-and toned gams! 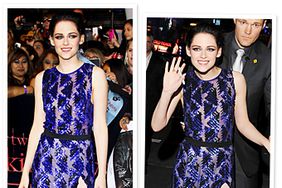 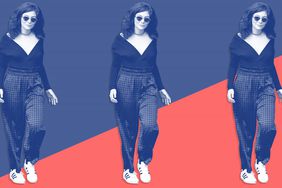 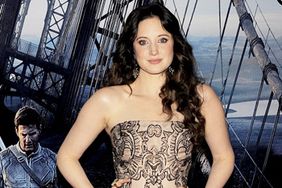