Happy birthday, Kristen Bell! One of the most recognizable voices in Hollywood turns 37 today, and we've rounded up a few sizzling looks that her alter ego, Princess Anna from Disney's runaway hit Frozen, would approve of.

Bell and hubby, fellow actor Dax Shepard, are one of the most down-to-earth duos in the industry and are known for staying real with their fan base on their respective social media accounts. Whether they're sharing epic selfies, too-funny quips, or hilarious home videos, these talented stars always have us laughing.

Two kids later, and Bell still turns every red carpet appearance into a sartorial hit. The actress, who has also enjoyed popularity as Gossip Girl's narrator and as the star of Veronica Mars, bats it out of the park, whether she's dressed like a princess in a ball gown or going tomboy-chic in a fun jumpsuit. In honor of her 37th birthday, join us in taking a look back at her best red carpet moments.

At the Chips premiere

The actress turned a lacy crop top and maxi skirt into a red carpet win at the 2017 premiere of Chips.

The actress took the plunge in a low-cut sequined black gown for the 2017 Globes.

The charitable star showed off her toned legs in a black mini and silver stilettos at the 2016 Baby2Baby Gala in Culver City.

At the 2016 Billboard Music Awards

The star changed up her style in a black jumpsuit with a rickrack neckline at the Billboard Music Awards.

At the 2016 NBC Universal upfronts

Bell proved that a covered-up look can be totally sexy in this sheer lace number while representing her upcoming series, The Good Place.

At The Bump Moms: Movers and Makers Awards

The mom-of-two co-hosted this mom-centric awards show in a sexy LBD with a sheer cutout.

Bell took the stage to receive one of the Female Stars of the Year Awards in a plunging pink number and elongating nude sandals.

At the premiere of The Boss

The star of The Boss attended the film's premiere in a plunging sheer strapless dress that perfectly hugs her every curve.

At the 2015 Chrysalis Butterfly Ball

The actress wore a dress fit for a princess to this charity ball.

At the This Is Where I Leave You premiere

The star looked chic in a knee-length Monique Lhuillier number.

At the Veronica Mars premiere

Bell was pretty in pink in a strapless gown and sleek updo.

At the Nickelodeon Kids' Choice Awards

The star played with print at the awards show, pairing tight curls with the patterned mini.

The star stunned in a strapless mermaid gown at the 2014 Academy Awards with her own Prince Charming, hubby Dax Shepard.

At the 2014 Academy Awards Nominee Luncheon

At the Frozen premiere

Bell looked playful at the premiere of her hit animated film in an embellished Sachin + Babi halter dress.

The pregnant star showed off her expert maternity style on the Academy Awards red carpet in a sequined empire-waist gown that had her looking just like a princess. 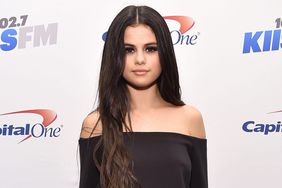 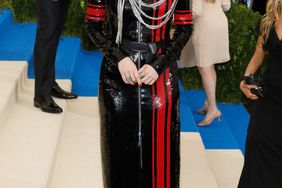 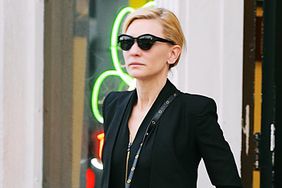 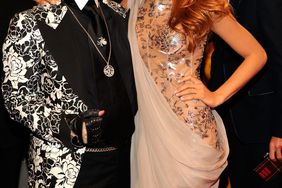