Give. This. Woman. A. Diamond.

Teddi out. Denise out. So, what about Kris Jenner? Even Andy Cohen thinks filling one of those Real Housewives of Beverly Hills vacancies with the Kardashian-Jenner matriarch would be "intriguing," but during an appearance on the Ellen DeGeneres Show, Jenner finally said, once and for all, whether or not she'd be heading to Bravo now that Keeping Up With the Kardashians is coming to an end.

DeGeneres addressed the speculation, saying, "I'm gonna say you're not gonna do that" when the prospect of Jenner joining the show came up. Well, it turns out that Ellen knows more than she's letting on, becuase Jenner confirmed that she'd love to pop on the show, but not be a permanent cast member. That sound you hear? Broken hearts from all the Bravo fans out there.

"I think I would do it just to go on once in a while and be with my friend Kyle Richards," Jenner said. "But as far as me doing a show like that regularly, there's just too much going on in my life [...] and they do not need a Kris Jenner on that show. They are doing just fine."

Jenner also talked about the end of KUWTK. She told DeGeneres that it was a combination of social media accessibility — watching the show was akin to following the family on Instagram Stories, after all — and everyone growing up and moving on.

"It just sort of came to us," she explained. "We thought, you know, 20 seasons, 14 years, hundreds of episodes, and lots of spin-offs. It's so weird to think that when we started the show, there was barely Twitter, there were no other social media platforms really. There was no Instagram, there was no Snapchat, there were no grandchildren, people weren't married or divorced. It's just so crazy that all of this has happened." 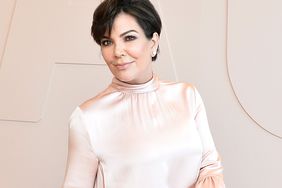