Touching tongues and all.

Kourtney Kardashian and Travis Barker went red carpet official at the 2021 MTV Video Music Awards, and just as you'd might expect, their debut was anything but subtle. Not only did the couple show up in matching goth outfits covered in leather and spikes, but they also really went for it in the PDA department, falling back on their signature move: touching tongues.

Scott Disick, if you're reading this, you may want to look away.

Kardashian and Barker's longtime friendship turned romantic at the beginning of this year, and ever since, they haven't held back about how they feel for each other. From making out all over Italy to sending emo love notes, the pair hasn't been shy about flaunting their relationship on social media — much to the dismay of Kourt's ex Scott Disick.

Earlier this month, Disick allegedly sent DMs to Kardashian's other ex Younes Bendjima dissing her and Barker's excessive PDA in Italy. In a screenshot of the exchange, Disick appeared to have sent Bendjima a photo of Kardashian and Barker making out on a boat. In addition to the image, he wrote "Yo is this chick ok!???? Broooo like what is this. In the middle of Italy."

Unsurprisingly, Kourtney wasn't too happy about Scott's comments, but she isn't letting it affect her relationship with Travis. "Kourtney is madly in love with Travis and that's really all that matters to her," a source told E! News at the time. "Everyone needs to get over it." 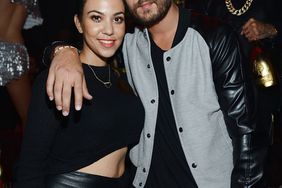 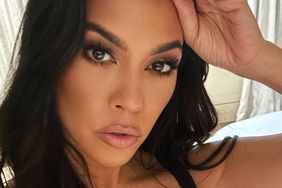