The long-time friends collaborated on a stunning photoshoot.

Kirsten Dunst is pregnant and expecting her second child.

The actress shared the exciting news with a little help from her friend and collaborator, director Sofia Coppola. For W's annual "Directors Issue," she announced the pregnancy with a photo shoot called "All Dressed Up With Nowhere to Go." In the image, she lays on an adorned bed wearing a white lace gown by Rodarte designers Laura and Kate Mulleavy.

"The bespoke piece Dunst wears here is based on a similar silhouette she wore when she was pregnant with her first child — something her mother reminded her about," the caption reads.

The image is reminiscent of scenes from Coppola's 2006 film Marie Antoinette which Dunst starred in – and I haven't stopped talking about for over a decade.

Dunst is engaged to actor Jesse Plemons, who she met while working on Fargo. The couple also share a 2-year-old son named Ennis Howard. 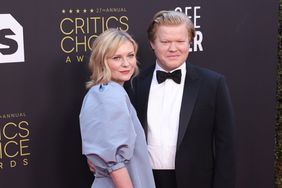