But you can see it right here.

Khloé Kardashian isn't letting a little censorship get her down. Page Six reports that Good American's first-ever commercial was intended to air on television, but thanks to Khloé's topless poses and maybe her very steamy script, the ad got pulled.

In the ad, Kardashian talks about just how much she loves the brand's Good Legs jeans — though the fact that she's topless could be why this specific commercial will have to be internet-only for now.

Of course, Khloé covers herself with her arms and strategically placed bedsheets. It wasn't enough for television Standards and Practices departments, because Page Six notes that the networks insisted that "all parties should be properly clothed" in order for commercials to hit the airwaves.

"It's just different this time," Kardashian says in the clip, which can still be viewed on Instagram. "I feel good. I feel sexy. Like I don't have to keep looking. I think I found the one."

In a follow-up post, Good American proudly shared that the ad got banned from network television, posting an image from TMZ and adding "TOO SEXY FOR TV."

Khloé's sister, Kourtney, also posed topless for the campaign, though there's no news on whether or not a TV spot was part of her involvement. Either way, given her similarly scantily clad commercial, the elder Kardashian's video probably won't make it to TV screens, either.

E! News reports that Good American is working on making the clips more family-friendly. A rep for the brand said, "The commercial was rejected for TV in its original form, and it's now being edited with less skin to make it more suitable for airing." 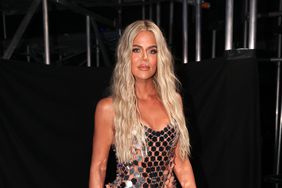 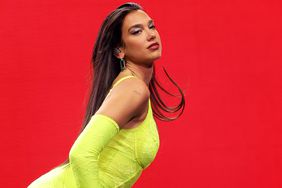