The couple confirmed that True will be getting a sibling.

Khloé Kardashian's family will be welcoming a new addition. Today, the reality star confirmed that she and her ex, Tristan Thompson, are expecting their second child together via surrogate. The two currently co-parent 4-year-old True Thompson and Tristan has another child with Maralee Nichols, who was born on December 1, 2021. Tristan and Khloé broke up after the news broke. The former athlete also has a son, Prince, 5, with ex Jordan Craig.

"We can confirm True will have a sibling who was conceived in November," a representative for Khloé told People. TMZ initially reported the news. "Khloé is incredibly grateful to the extraordinary surrogate for such a beautiful blessing. We'd like to ask for kindness and privacy so that Khloe can focus on her family."

Here's What We Know About Season 2 of The Kardashians

Khloé has been open about her struggles with fertility, even showing the process of trying to have a second child on The Kardashians. During one episode, she was told that she would be at a "high-risk" if she decided to carry her own child.

"I'm not gonna get into specifics on-camera," she said during the episode, "but they said it's like an 80-something percent chance that I will miscarry. I almost miscarried with True at the beginning. But I didn't know that was like a lingering thing."

"This is all really shocking to me," she continued. "All I'm trying to do is bring more love into my life and into my family, and I just seem to be running into more and more roadblocks. It's really hard for me to digest."

Khloé's sister, Kim, shared that she had a great experience with surrogacy and insisted that Khloé had nothing to worry about if she decided to try it.

"I honestly had the best experience with surrogacy," Kim, who welcomed two of her four children via surrogate, said. "And I think that you know what giving birth feels like — I always say, if you can do it, it's such an amazing experience. But you'll see, the love that you'll have for your kids is exactly the same. There's no difference, except that there was someone else that was the carrier." 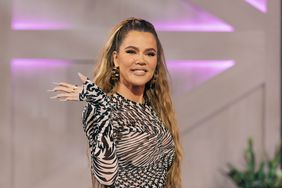 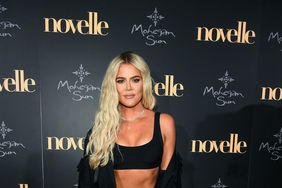