Not as permanent but just as edgy.

We already know the KarJenner gang is an extremely supportive bunch (see: Kylie Jenner stocking up on 818 Tequila during an episode of The Kardashians or anything Kris Jenner's posted on Instagram, like ever), but most recently, Khloé Kardashian decided to bare it all in support of Kim's new skincare line — well, kind of.

On Wednesday, the youngest Kardashian sister posted a series of photos on Instagram captioned, "SKKN anyone?" from a launch event in promotion of Kim's latest business venture. The snaps showed Khlo expertly flexing her posing chops atop a marble slab while wearing a full-body catsuit that seamlessly matched her skin tone. The long-sleeved suit's fleshy color gave the illusion that Kardashian's body was covered head to toe with black tattoos, which featured a cross on her chest, multiple roses, and a bird with stretched wings on her pelvis.

Khloé paired the catsuit with clear-strapped heels, oversized gold hoop earrings, and a simple gold ring. To complete the look, the Good American co-founder opted for a bronzy glam and a white-tipped manicure, and wore her blonde hair slicked back into a sleek bun.

The SKKN by Kim event comes shortly after a lawsuit against Kim Kardashian and her new brand started making headlines earlier this week. The SKIMS founder is reportedly accused of "willful infringement" of an allegedly pre-existing small business of the same name, which is housed under Brooklyn-based cosmetics company, Beauty Concepts.

The lawsuit, which was filed on Tuesday, claims that Beauty Concepts and its owner Cyndie Lunsford has been using the brand name SKKN+ since August of 2018. Kim's lawyer, Michael Rhodes, denied the allegations and released a statement in light of the lawsuit on Wednesday. "This lawsuit is not what it seems," Rhodes told ET. "SKKN BY KIM is a new brand that follows in the footsteps of Ms. Kardashian's successful KKW line of products. Building on independent research and development, her company filed a trademark application for SKKN BY KIM to protect the new branded products."

He continued, "We applaud Ms. Lunsford for being a small business owner and following her dreams. But that doesn't give her the right to wrongfully claim that we've done something wrong." 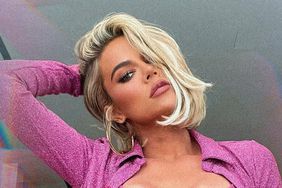