Kendall Jenner was ringing in the new year with her boyfriend Devin Booker, and now fans are thinking that the two secretly wed.

On Sunday, the model took to Instagram to share a gallery of photos from her New Year's celebration, which appeared to take place in a cozy cabin that overlooked the mountains. In the first image, a sweater vest-clad Kendall held up a bottle of 818 (her controversial tequila brand) while wearing a festive party headband.

Other snapshots showed a red barn-like farmhouse, two bottles of corked wine, a cloudy view of the peaks, more sweater vests, and cute couple mirror pic with Booker. Kendall smiled and captured the moment as Booker rest his head against hers. But the thing that caught most followers' attention was a gold band that adorned Booker's hand.

Devin wore a thin metal ring on that finger, which has sparked IG users to quickly drop in the comments section. "But his ring...," one wrote, while another scribed, "Anyone else notice the ring on his hand ????????" FWIW: Kendall's picture-taking hand was void of any jewelry.

Neither Devin nor Kendall have commented on the speculation. So, we may just have to wait for the Kardashian/Jenner family's new Hulu show for answers. Coincidentally, a teaser was released for The Kardashians over the weekend — new year, new genius Kris Jenner publicity move? 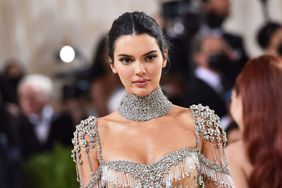 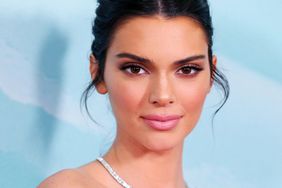