She wore an ab, underboob, and ovary-baring LBD.

Kendall Jenner's latest look was more cutouts than it was a dress. The model not just jumped, but dove deep on the cutout trend in a major way when she shared several snaps of herself modeling an LBD with thin, crisscrossing pieces of fabric that provided minimum coverage.

Jenner took to her Instagram story to post some cute mirror selfies ahead of attending friend Lauren Perez's wedding on Thursday night, wearing a black dress by Mônot, which featured massive ab and underboob-baring cutouts, as well as bare openings at the ovaries.

She kept her accessories to a minimum, save for a singular diamond ring. The model's long dark tresses were parted down the middle and worn in disheveled waves.

In one of her stories, Jenner posted a boomerang alongside Hailey Bieber, Bella Hadid, and Jesse Jo Stark. Hadid wore a slinky patterned dress, while Bieber opted for a gold all-sequined gown.

Earlier this month, the reality star celebrated her 26th birthday with an 818 Tequila-supplied dinner party complete with a super chic cake and a star-studded guest list. In an Instagram carousel, the model shared snaps of her and Bieber, her mother Kris Jenner, and other friends enjoying the festivities. Her sister Kourtney Kardashian and her new fiancé Travis Barker were even pictured in the background of one of the shots. 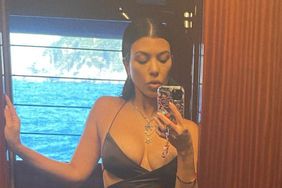 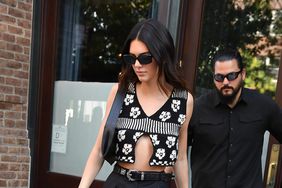 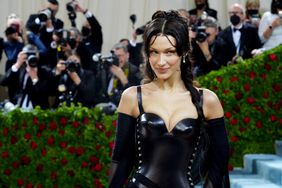 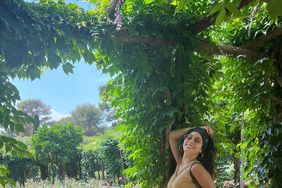 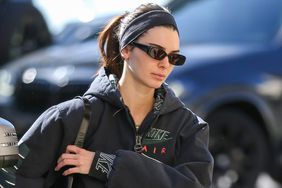