Two weeks after Ellen DeGeneres announced that she'd be ending her long-running daytime talk show after 19 seasons, there's already a show lined up to fill the void. According to The Hollywood Reporter, Kelly Clarkson's eponymous talk show, which is in its second season, will take over DeGeneres's time slot on NBC-owned stations. NBC currently carries Ellen in most major markets from coast to coast. Currently, The Kelly Clarkson Show airs on 200 stations across the country.

Clarkson renewed her show through the 2023 season and NBC hopes to make the American Idol alumnae and current The Voice coach the crown jewel of its daytime talk show offerings. Clarkson has already established herself with the fan-beloved Kellyoke segment, which sees her covering popular tunes on every episode. The show also earned three Daytime Emmy Awards, including Best Entertainment Talk Show Host for Clarkson.

"These are remarkable achievements for a talk show in its second season. We look forward to Ellen DeGeneres' 19th season paired with Kelly Clarkson for what is sure to be a blockbuster year. By 2022, The Kelly Clarkson Show will be the star of our daytime entertainment schedules and an asset to our early afternoon newscasts," Valari Staab, president of NBCUniversal Local, said in a statement.

Tracie Wilson, executive vice resident of NBCUniversal Syndication Studios noted that Clarkson resonates with a wide audience and that the show is set to become the "premier show in daytime" and that there are plans to grow it even more.

"The Kelly Clarkson Show is one of the most optimistic success stories in first-run syndication. It is a treasured part of NBCUniversal Syndication Studios offering and we are proud to partner with the NBC Owned Television Stations group to continue the show's success," she said. "Kelly and our entire production team put their heart, intent, and incredible passion into making a show that resonates with people of all ages, cultures, and backgrounds. We're working on some big plans for season three and are looking forward to becoming the premier show in daytime for years to come."

THR notes that not every station that currently carries Ellen will swap to The Kelly Clarkson Show. Instead, some may decide to air local news broadcasts.

While Clarkson hasn't commented on the news yet, Staab said that she's happy to have her stay in the family.

"Kelly is a beloved performer and host with deep roots at NBC," she said when Clarkson's show was renewed. "We are delighted to have her continue to be a very important and treasured part of our stations' programming." 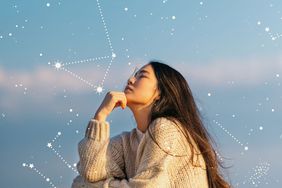