With "several more weeks" to go before her due date, Katy Perry still has one major decision to make: picking a name for her baby. In a new interview, Perry said that she's waiting, because she and her fiancé, Orlando Bloom, want to meet their baby before they make the decision. According to Perry, as soon as she sees her daughter, she'll know exactly what to name her. However, she's prepping, because she noted that she does have "options" to choose from.

"We have yet to decide specifically on her name because, I think, we've got options and she'll tell us," Perry said during an appearance on Mix 104.1's Karson & Kennedy. "I'll look at her and go, 'Oh yeah yeah, you are her, you are that.'"

Perry also gave some insight into Bloom's current mood. While this is Perry's first child, it's Bloom's second. He has a 9-year-old son, Flynn, with his ex-wife, Miranda Kerr.

"He's really excited for a little girl," Perry said of Bloom's anticipation. "They say that little girls are 'Daddy's little girl,' that's how it's gonna be, [so] we'll see!"

As for her mood, Perry explained that she's feeling an entire range of emotion, saying that being pregnant during a pandemic is bringing a lot of things to the surface.

A source close to the couple told People that Perry and Bloom quarantining in both her hometown of Santa Barbara, California, and Los Angeles, where they're setting up their home for the new arrival.

They are "still decorating the nursery and having fun with it," the source said, saying that having two places to quarantine offers up a change of scenery that helps them cope with the cabin fever just about everyone's feeling.

"Orlando and Katy both love the beach," the source said. "They enjoy the drive up the coast from L.A. It's a beautiful change of scenery for them." 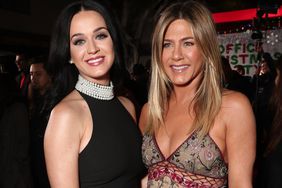