The infidelity seemingly occurred after welcoming their first two children together.

Kanye West is continuing to cause controversy with his new album Donda. After a faux wedding ceremony during his latest listening party and multiple delays on the record's release date, now that it's finally here, the rapper just dropped a major bombshell in one of the song's lyrics that has everyone raising their eyebrows.

In the track "Hurricane," Kanye seemingly admitted that he cheated on his ex-wife Kim Kardashian after the couple welcomed their first two children together — North, 8, and Saint, 5. Of the alleged infidelity, he raps, "Here I go actin' too rich / Here I go with a new chick / And I know what the truth is / Still playin' after two kids / It's a lot to digest when your life always movin'." A source told People that the lyrics are "in a way [Kanye's] testimony of everything he did wrong and his apology and taking accountability."

Another insider explained to Page Six, "If you look closer to the lyrics he is referring to his infidelity during his marriage with Kim, even after two kids."

Back in February, Kim filed for divorce from Kanye after nearly seven years of marriage. And while many believed the two might be getting back together given Kardashian's recent show of support at Kanye's listening events, an insider confirmed that she is still moving forward with the split. "They have come a long way since Kim filed for divorce," the source said. "It's taken them months to get to this point. Kim is happy that they get along and that things are amicable."

They added, "Filing for divorce was always the most difficult decision for Kim. She only filed because they had issues that they couldn't solve. She will always love Kanye though. Right now, she is not calling [the divorce] off though." 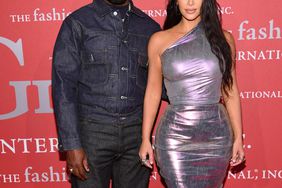