The rapper also asked that any spousal support for either party be terminated.

According to legal papers filed by the rapper and designer's attorney on Friday (April 9) and obtained by People, West has asked for joint custody of their four kids — North, 7, Saint, 5, Chicago, 3, and Psalm, who will turn 2 in May — and no spousal support for either party. West's counsel lists "irreconcilable differences" as the reason for divorce. A date of separation is not listed.

After months of speculation and noticeable turmoil in their marriage, Kardashian filed for divorce in February following almost seven years of marriage. Sources told People that neither were contesting the prenup in place and that the two are close to reaching a settlement.

Sources said that although the two aren't speaking directly, the divorce is as amicable as can be. "There is no drama between Kim and Kanye," a source told People. "Kim is mostly just disappointed that they couldn't figure out how to stay married. But it takes two people to create a happy marriage. Kim has felt Kanye is not willing to do the hard work and compromise."

West attributes the divorce partly to his fleeting 2020 presidential run. "He thinks that the presidential run was the straw that broke the camel's back," a source exclusively told People. "Before that, there was hope. After that, none. It cost him his marriage."

We are patiently awaiting to see how this plays out on the final season of Keeping Up with the Kardashians, though from previews, it appears Kardashian doesn't want to speak about the divorce on camera as her sisters and mom Kris Jenner worry about her. 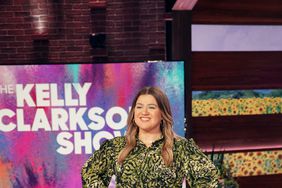